Well done to the school athletics team who had a successful day at the Rice School Athletics All Irelands in Morton stadium Santry on April 7th 2016. A team of 22 athletes traveled to compete in the competition. We had representatives in the 100m, 800m, 1100m, 1500m, relays, high jump, long jump, shot putt, javelin. Special mention to  Craig Byrne (gold u19 high jump and bronze u19 800m), Darragh Roberts (gold u17 high jump), David Murphy (gold u17 100m) and Peter Dunne (gold u14 high jump).

Well done to all competitors who represented the school so well, and to their coach Mr O'Flynn for his expertise and support. 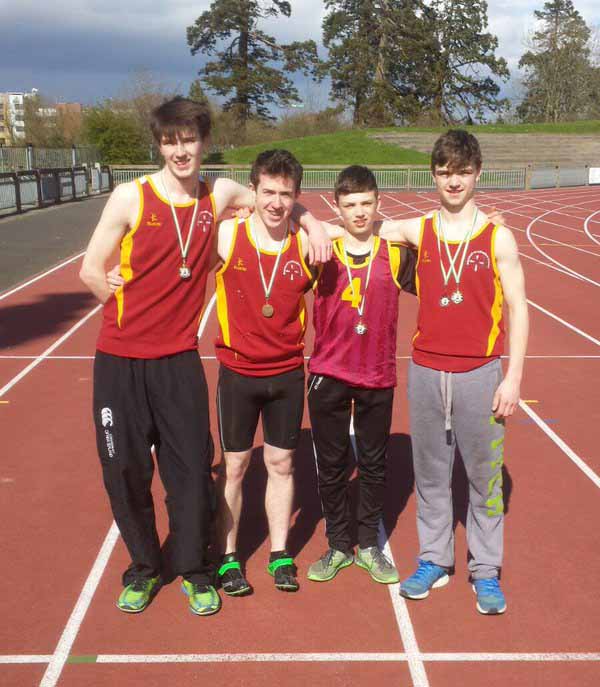 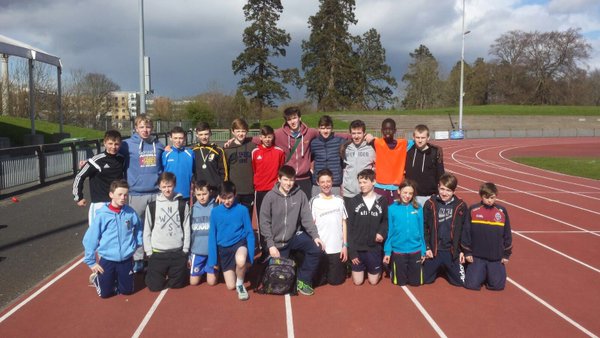 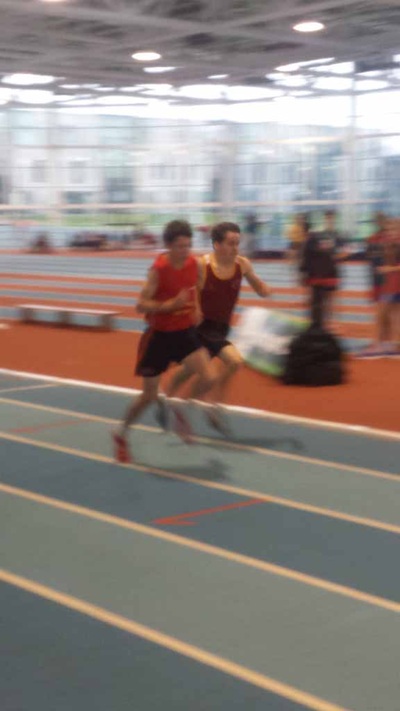 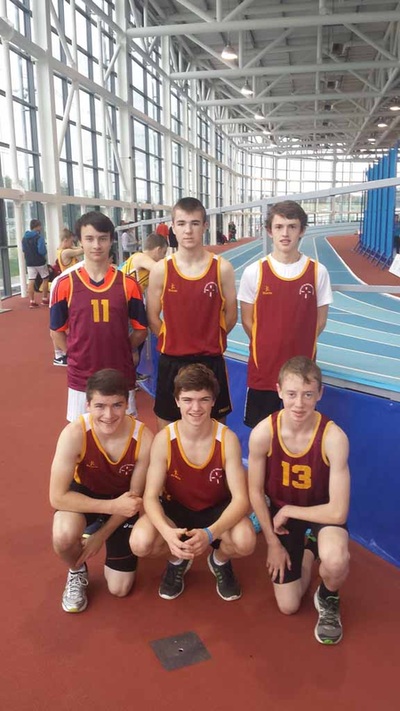 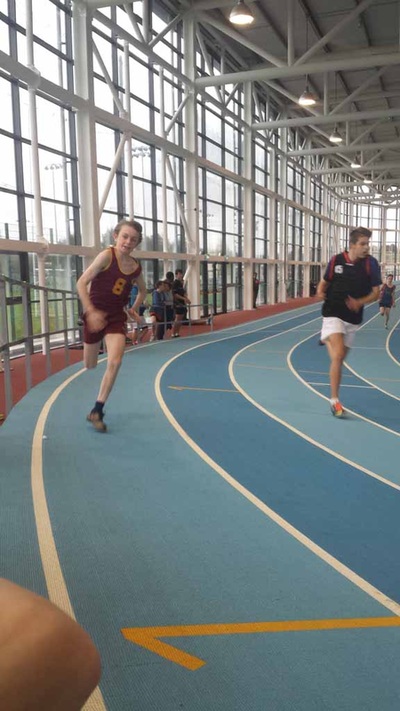 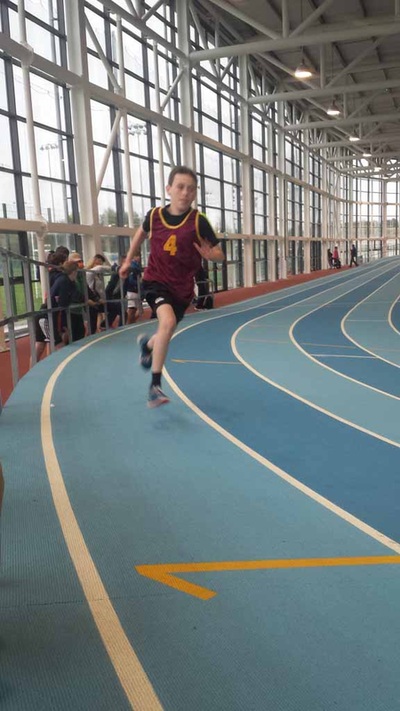 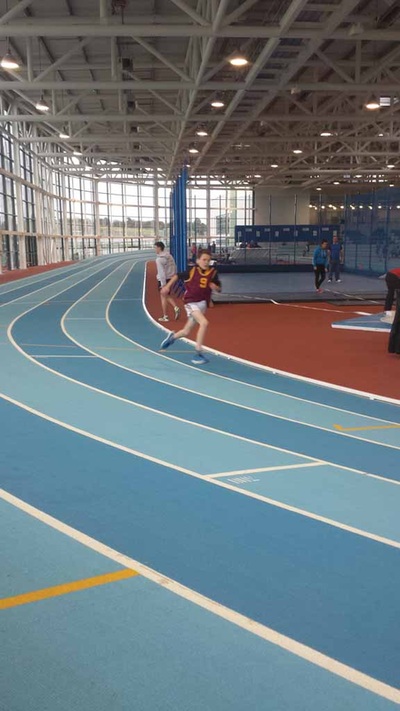 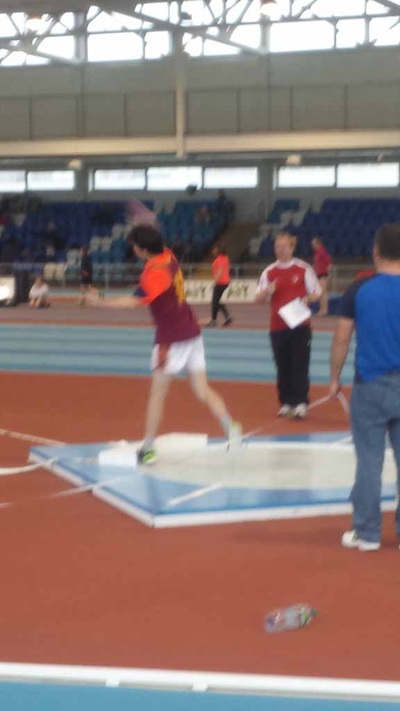 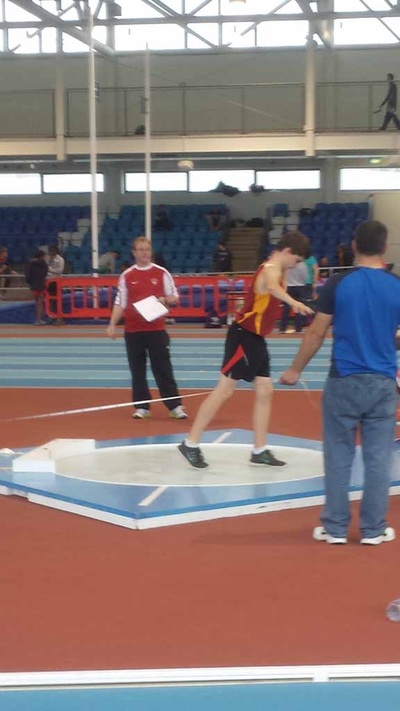 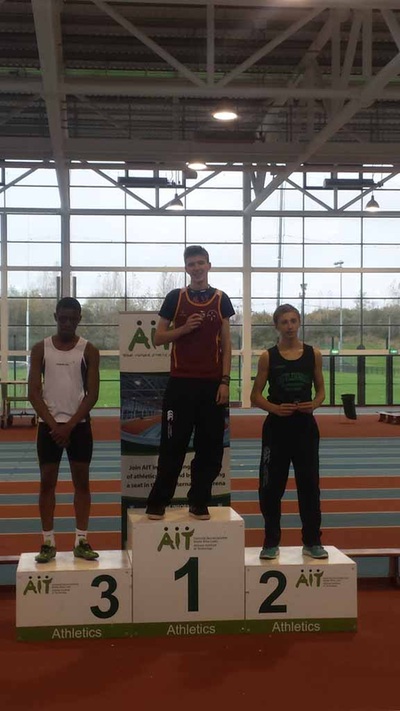 Well done to all the athletes and their coach Mr. O'Flynn. 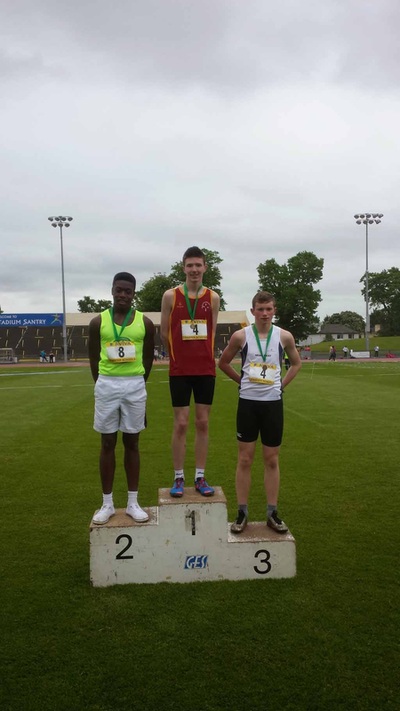 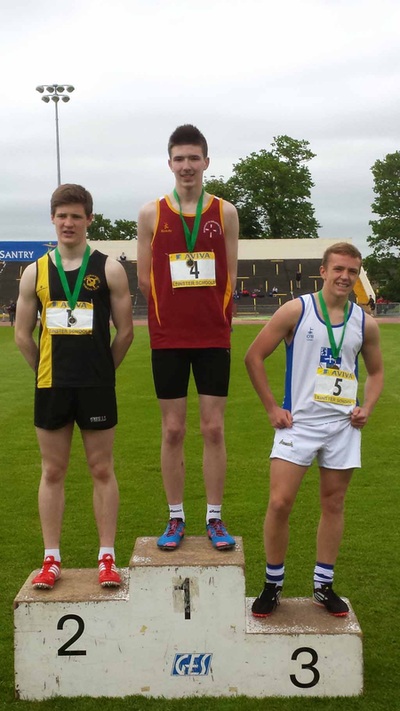 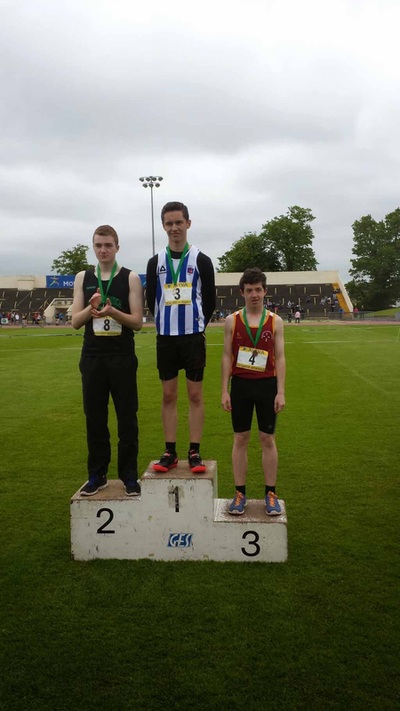 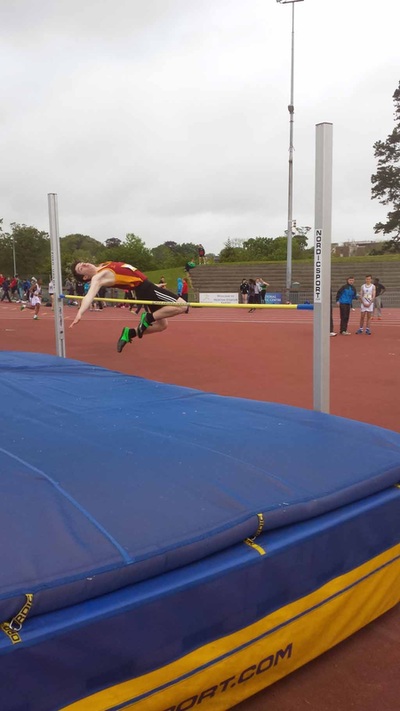 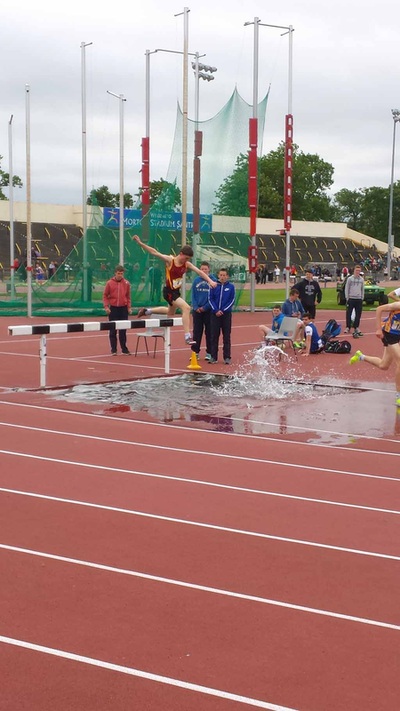 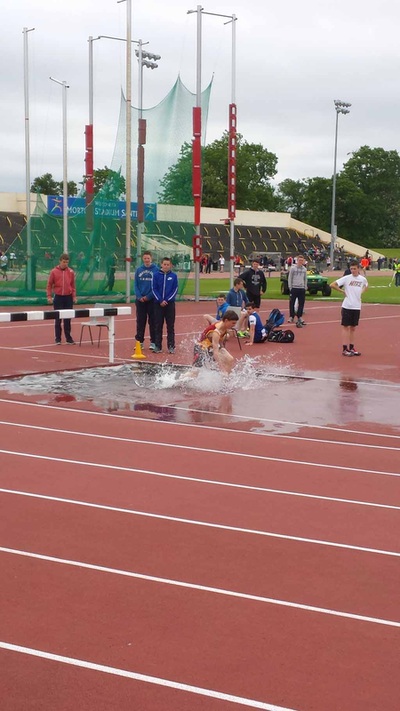 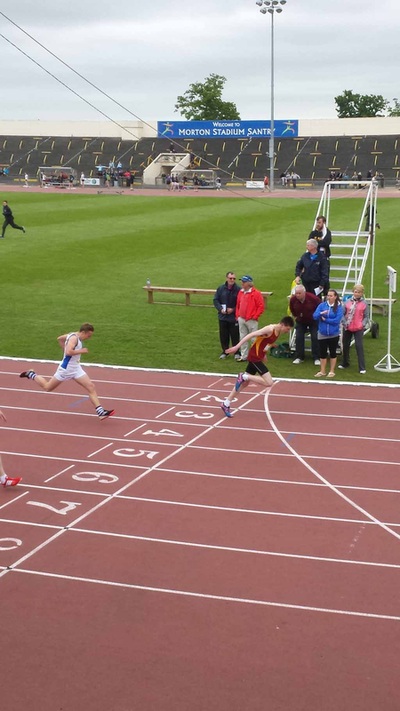 David Murphy crosses the line to take gold in the u15 200m Leinster final
May 7th  2014
CBS Kilkenny students performed very well on the 7th May 2014 at the South Leinster Schools Athletics in Scanlon park. The medal winners are:
Craig Byrne (silver in u17 steeplechase and bronze in u17 800m)
Colm Murphy (bronze in u14 javelin)
David Murphy (gold u15 100m, silver u15 200m, silver u15 shot putt)
Darragh Roberts (silver u15 high jump)
Kieran Ryan (bronze u19 800m)

Well done to all the athletes who participated and to PE teacher Paul O'Flynn who trains the boys.

Best of luck to all the medal winners who are competing in the Leinsters on Wed 16th May in Santry in Dublin. 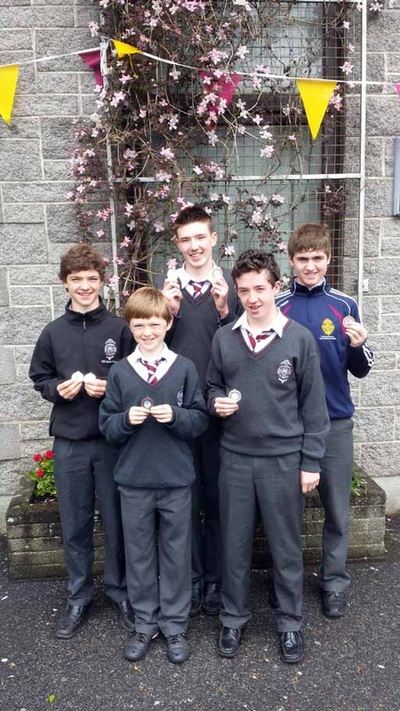 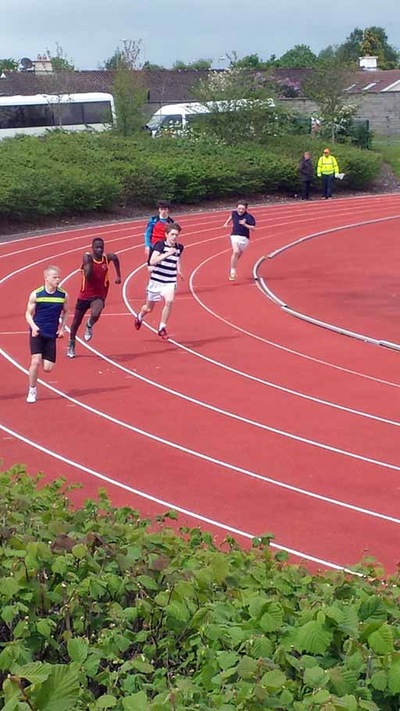 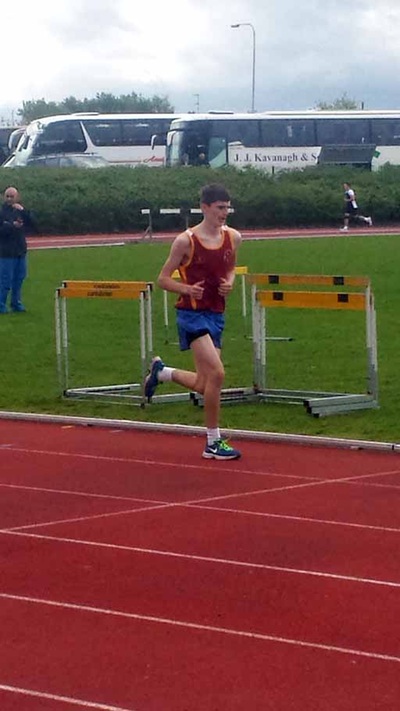 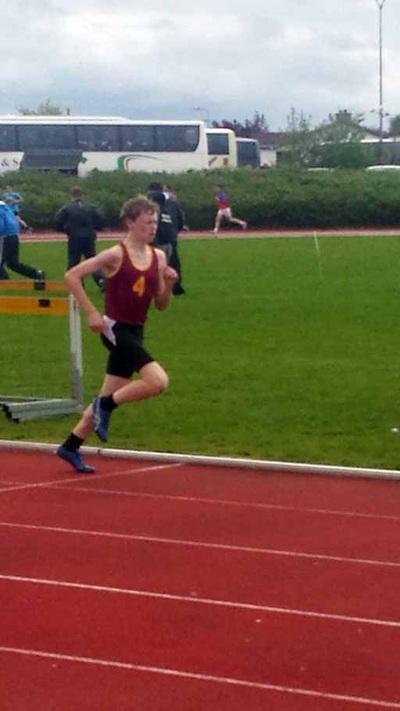