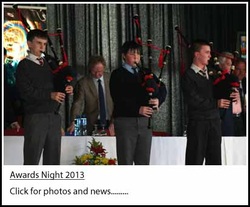 The Annual CBS Kilkenny Awards Ceremony was held on Wednesday May 22nd. A packed attendance witnessed the presentation of a host of awards that involved students from every class and every year group. The CBS Pipe Band opened the ceremony with ‘Amhran na bhFiann’.

CBS Chaplain, Father Jim Murphy then provided the opening prayer before Principal Tom Clarke welcomed everyone including parents, students, teaching and ancillary staff, Parents’ Council, Board of Management and Guest of Honour, poet and writer, Mr. Michael Coady, a native of Carrick-on-Suir in Co. Tipperary. He extended a special welcome to Mr. Geoff Meagher, National President of St. Vincent De Paul and a Director of the Edmund Rice Schools’ Trust.

During his opening address Mr. Clarke reflected on another busy academic year and made reference to the recently published Draft Report of the Inspectorate from the Department of Education and Skills who visited the school in February this year. This was the first Whole School Evaluation conducted in CBS Kilkenny and all members of the school community were greatly affirmed by the report. 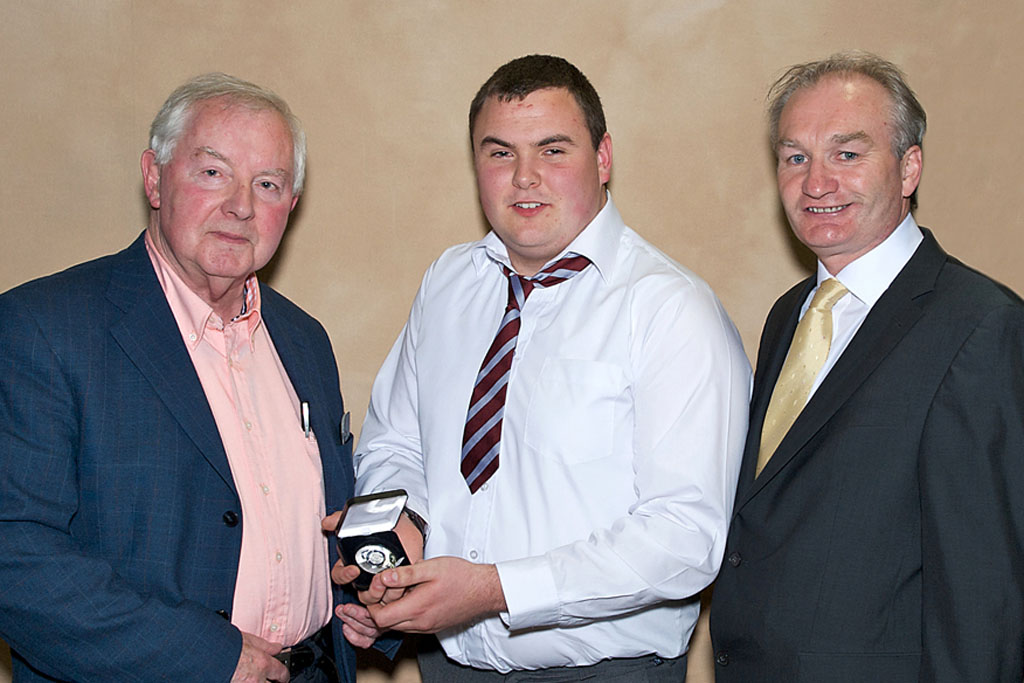 Guest Speaker Mr. Michael Coady presents the McFadden Medal to Conor Brassil in the presence of CBS Principal Tom Clarke
Deputy Principal Ann Walsh introduced Mr. Coady to the audience and emphasized that his presence, as a man of literature, was particularly appropriate in a year when CBS Kilkenny celebrated literacy. Mr. Coady, a former Professor of Irish Studies at Villanova University and winner of the Patrick Kavanagh Poetry Award in 1979, spoke to those gathered about his love of words and stories and how he had become hooked on reading as a ten year old boy, thanks to a copy of Mark Twain’s American Classic, Huckleberry Finn. ‘Everything in life involves a story’ Mr. Coady opined. Mr. Coady very thoughtfully and generously presented three signed copies of his latest works to the school library.

The awards process began with the many class and activity awards with Board of Management members Tom Walsh, Claire Hanrick, Eddie Holohan and Jim Kelly alongside Parents’ Council members Claire O’Mahony and Breda Brosnan, taking their turns in making these presentations. The Senior Choir provided some beautiful musical interludes with Conor Brassil performing a particularly enthralling rendition of ‘The Prayer’. Deputy Principal Ann Walsh then provided an historical account of former CBS Kilkenny student Dan Bryan and his considerable contribution to code-breaking during World War Two. This interesting historical insight was a preamble to the awarding of the ‘Dan Bryan History Award’ which was presented to Brian Manning, Cillian O’Boyle and Darragh Hickey. Well done to all three Second Year students. 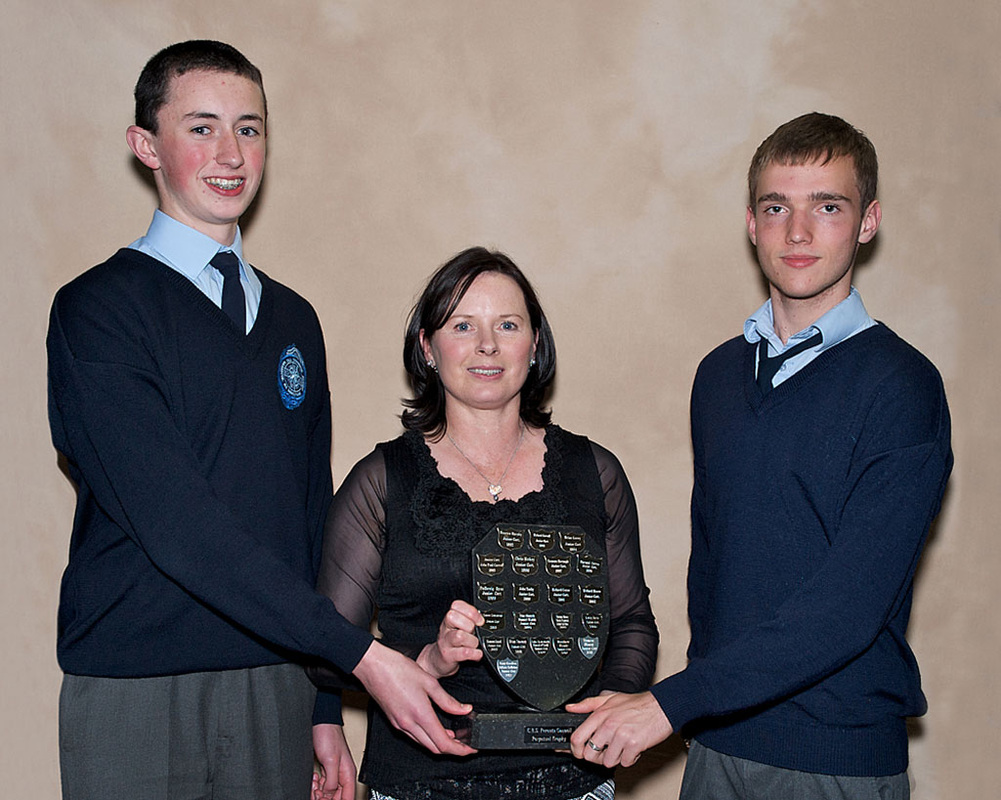 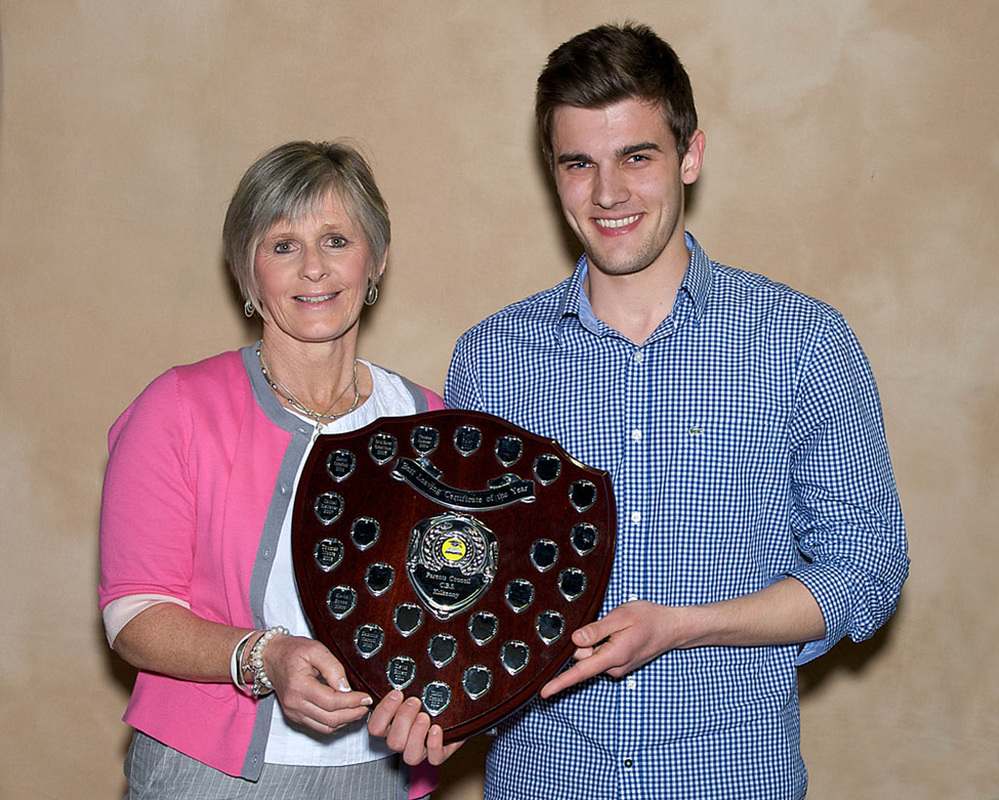 Parents' Council Chairperson Claire O'Mahony presents the Best Leaving Certificate Award to Kirill Chulak
The Bronze Medal Gaisce Awards were then presented to a large cohort of TY students followed by the Attendance Awards across all year groups. Special mention must be made here of Sixth Year student Martin Butler who never missed one day in his six years in CBS. Well done Martin on an incredible achievement.

Mr. Michael Coady then presented Jack White and Cian Boyle with the Francis McManus Senior and Junior Literary Awards respectively. It was so fitting as Mr. Coady himself was a prizewinner of a Francis McManus Competition for short stories in both 1987 and 1993. The Sports Awards were then presented by BOM member Eddie Holohan. Sean Moran received the Senior Rugby Award. Eddie Teehan received the Senior Soccer Award. Daniel Pikurs, Jack Gargan and Oskar Stenka received the Basketball Awards. The Handball Award went to Conor Lyons. The Equestrian Award went to Pat Byrne, Peter Hutchinson, Cathal Boland, Hugh Lennon and Philip O’Donnell. Our Golf team this year included Shane Mahony, Kevin Power, JP Treacy, Paul Delahanty and Jay Leahy. Conor Flynn received the Hennessey Perpetual Cup for Juvenile Hurling. The Graigue-Ballycallan youngster has a bright hurling career ahead and we look forward to his future progress.

The Declan Byrne Memorial Trophy for Junior Hurling was presented by Philomena Byrne to rising James Stephen’s star Luke Scanlon. Nicky Morrissey then presented the Vincent Morrissey Memorial  Trophy to Senior Hurling star Kevin Kenny. The Dicksboro attacker was instrumental in CBS winning both the Leinster League and Championship double and reaching the All-Ireland Final. Kevin scored some memorable goals and points along the way. Well done to Kevin and his family. The CBS would like to thank every student who represented the school this year in all sporting activities.

Parents’ Council members Claire O’Mahony and Breda Brosnan then presented two academic awards. Sam Gordon and Adrian Kelleher were called on stage to accept the ‘Best Junior Certificate 2012 Award’. Trinity College Medical student Kirill Chulak returned to his alma mater to receive the ‘Best Leaving Certificate 2012 Award’. The CBS wishes Kirill well in his third level studies.
The Senior Music Award would not have been easy to choose this year with many serious contenders. However, for his overall prowess and versatility, the accolade went to the inimitable and multi-talented James McGlynn. James has been such a positive presence in the CBS for the past six years with an indelible smile on his face throughout that time. Congratulations to you James. James later teamed up with Matthew Lowth, Jamie Fitzpatrick and Liam Meighan for a very skilful cover of ‘Exo-Politics’ by Muse.

Principal Tom Clarke then called on Guest of Honour Michael Coady to present the McFadden Medal. When Conor Brassil’s name was announced the cheer that erupted from the many students present told its own story. Conor has not only captured the hearts of teachers and staff in CBS but his popularity among the students is also undoubted. Always generous with his time and talent Conor Brassil will be forever remembered in Kilkenny CBS and his tremendous singing voice will reverberate around the school for many years to come. We salute you Conor and wish you luck in every aspect of your future. Conor resumed his place with his fellow senior choir members to sing Van Morrisson’s ‘Brown Eyed Girl’ as a musical finale.

Mr. Clarke then thanked everyone present for their input into a terrific night of celebration and appreciation of the many talents of the students in our school and he wished our Junior and Senior exam candidates every success in the upcoming State Exams. The invitation to the GP Room for light refreshments was extended to all by Mr. Clarke as the curtain came down on another highly memorable and successful Annual Awards Ceremony in CBS Kilkenny. 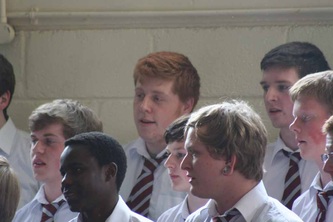 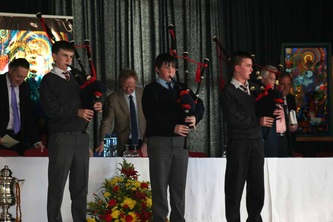 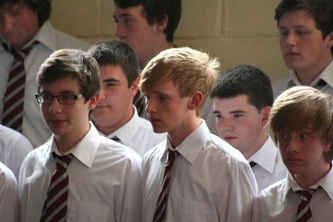 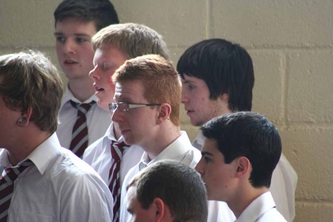 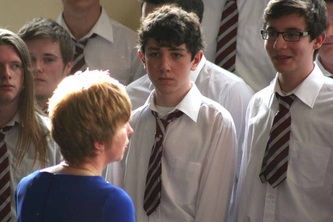 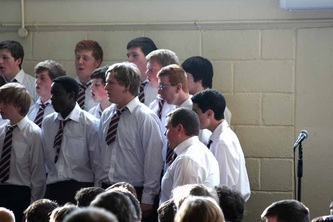 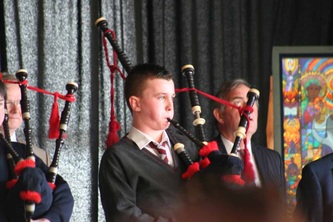 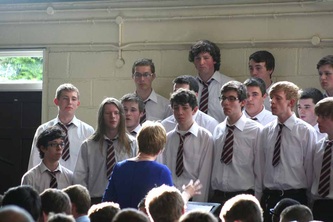 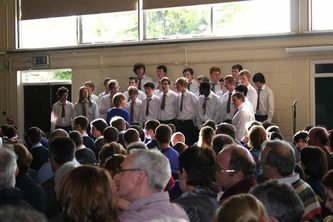 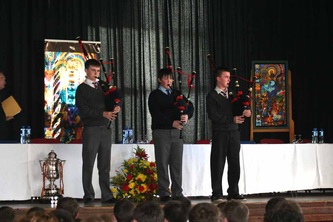 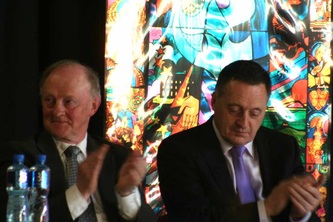 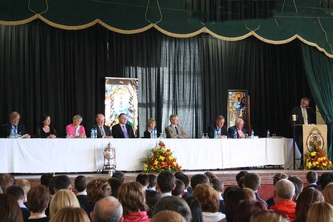