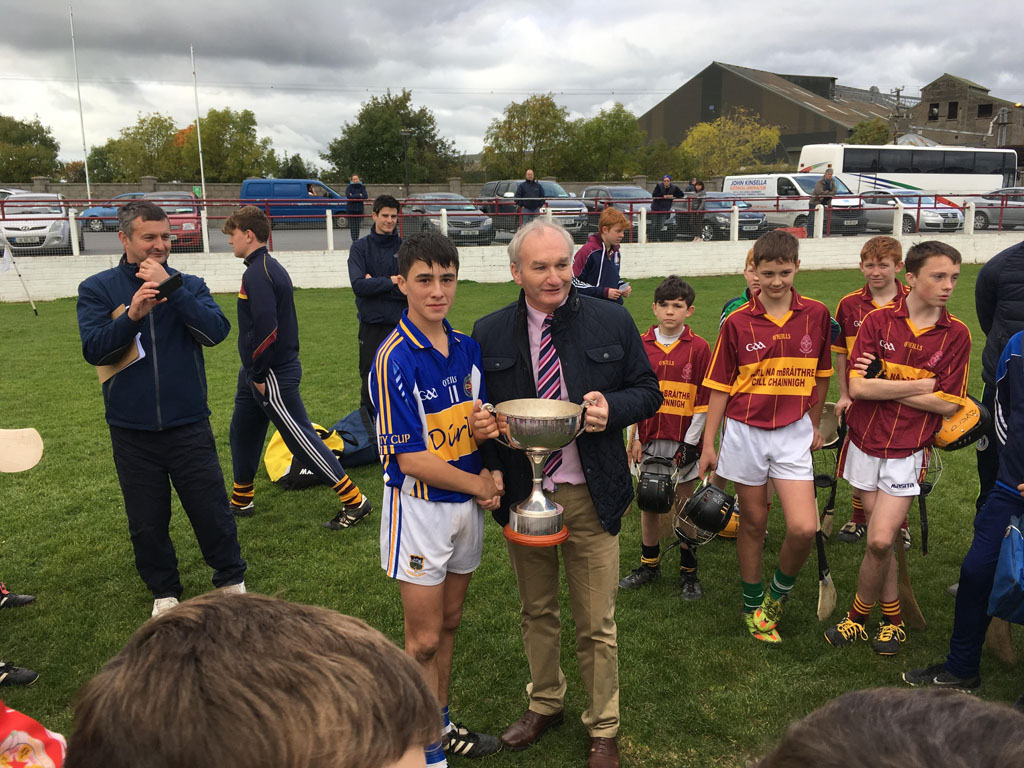 Five Nations success for Mark and James
UPDATE MAY 2017
Three Kilkenny students have qualified to represent Ireland in Slovakia, at the European Bridge Youth Team Games in July. James Higgins and Mark Reade from CBS Kilkenny will play as part of an U21 team in the competition, Aideen Edmondson, Colaiste Pobail Osrai will compete as part of an U15 Girls team We wish all three the very best of luck, The young players from Kilkenny have done very well in all current teams and pairs competitions ,and have travelled far and wide to Irish venues during the year to participate in these events. They also practice on BBO with their mentors on Sunday nights,
UPDATE FEB 2017
On February 17-19 2017 the Junior International Youth Bridge competition was held in Dublin. Ireland, England, Scotland, Wales and Northern Ireland competed for the Peggy Bayer and Junior Camrose trophies - a three day event at City North Hotel.

Ireland had two teams and the best of them placed second coming past the more established Ireland team. The CBAI team was backboned by well known Kilkenny CBS Juniors James Higgins and Mark Reade assisted by Joe Carthy, Jarleth McDonnell, Amy and Jason Doyle, Dublin. All results are available on www.fob.ie.

Overall nine teams took part, involving 54 young bridge players including Mark and James from CBS Kilkenny who were placed 2nd in the Peggy Bayer competition. We wish the best of luck to the Kilkenny teams from CBS and Colaiste Pobail and in March 2017 in Galway All Ireland Schools teams competitions. 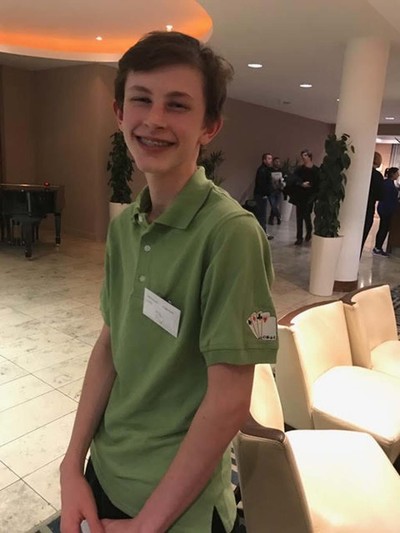 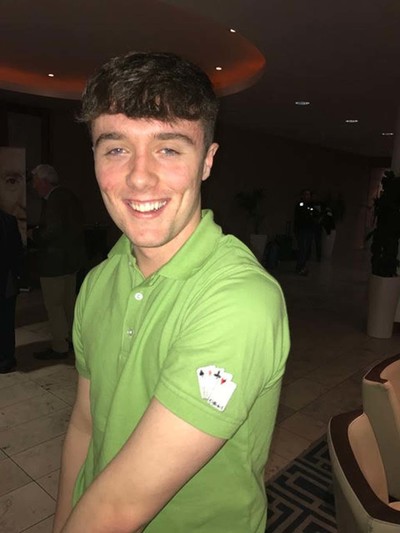 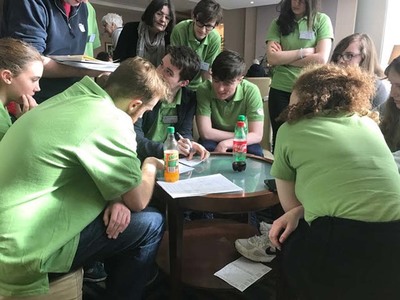 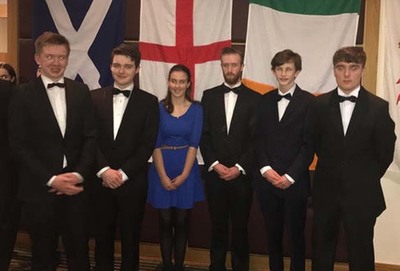