Warmest congratulations to Cathal O'Dwyer O'Brien who received third place in Ireland in Technology in his Leaving Certificate in 2015. Cathal's achievment and that of his teacher Mr. PJ McCormack was recognised at the Annual Technology Teachers National awards on Saturday 5th March 2016 in GMIT Galway.

This is not the first time Mr McCormack's achievements have been recognised nationally. Dylan Dooley was placed third in Ireland in his Leaving Certificate Technology in 2014, and a Department of Education Inspection report in 2014 highly praised Mr. McCormack's teaching methods and outcomes.

This was a fantastic achievement for Cathal who designed an automatic tablet dispenser for use in refugee camps. Cathal is currently studying Engineering in University college Dublin. 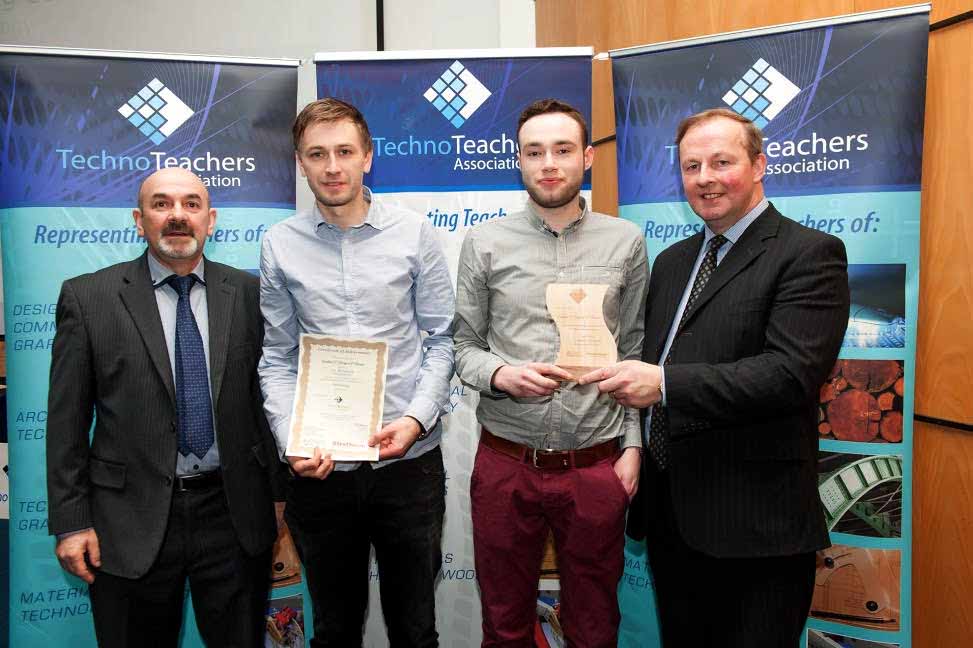