Success for CBS in Interschools Showjumping

The CBS equaestrian tema enjoyed a successful day out on Saturday October 15 2016. Ms Kinchella accompanied the team of Andy O'Donnell, David Lawlor, David Holland and Tom Murphy. The CBS team was placed third in the Interschools Showjumping competition in Barnadown in Wexford.

Also well done to Andy O'Donnell for winning the individual competition and Tom Murphy for placing 6th. A special well done to David Holland who also had a fantastic double clear round on the day. 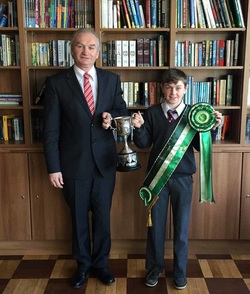 More than 170 competitors battled it out in the Junior competition. On his pony, Onyx, Andy completed the 24 fence round in an impressive 4.39 minutes.

Very well done, Andy. It is a great achievement. 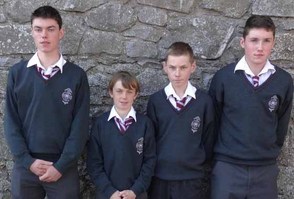 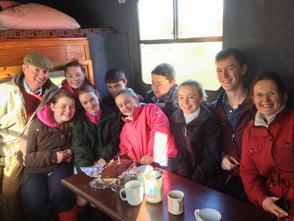 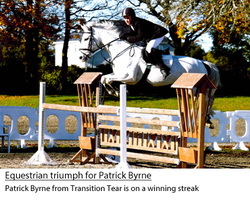 Patrick Byrne a keen student at CBS Kilkenny is only 15 years old. He is already an enthusiastic equestrian and horseman. His successes for our school include winning two All Irelands and making a deep impression in the Hoofprints League. Surely such outstanding achievement this early indicates a great future success for the Dunmore rider.

In 2011 he won the first All Ireland in Ballinaboola, Wexford. This was an individual title rather than a team award and what with the reigning champion Cian Aylward still in the competition, few expected anyone else to reap the honours.

In 2012 Patrick went one better and won the main competition in the All Ireland hunter trials, an integral part of a team of three. Patrick was with his younger brother, John, and David McGeary, a sixth year student. Their victory was a great achievement for the school and a first in its history.

In 2012 Patrick got more seriously into show jumping and became a member of Show Jumping Ireland. Not much was expected in the first year, from a novice horse and rider on their first showing, but the pair impressed by advancing quickly.

Over the Summer Patrick and his horse, Dinan Diamond, found the winning magic in both the Tullamore Agricultural Show and the Iverk Show. These were great achievements only to be followed by even more success. Patrick was offered a job riding a top grade A pony. He ambitiously prepared for the famous Millstreet arena with the aim of qualifying both horses for the Grand Prix. All the hard work paid off when Millstreet came around and Patrick managed to qualify both. This continued achievement only served to drive the young athlete onwards with talk of bigger goals for 2013.

With grade A qualification, the opportunity has arisen to do the Spring Tour which could lead to jumping at an international level in. The aim for the coming year is to qualify both horses in the RDS. One thing is certain Patrick Byrne is a name that we will be hearing a lot from in equestrian events at the highest level in future. 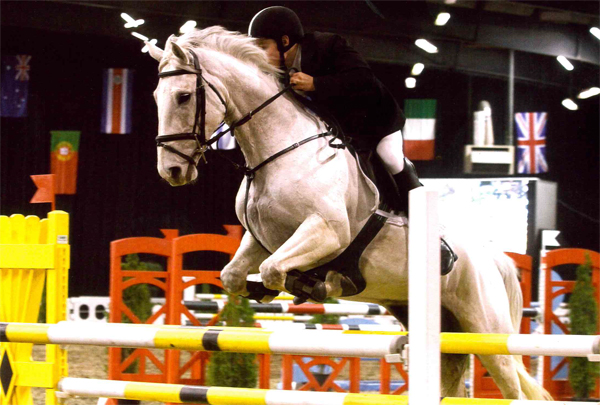 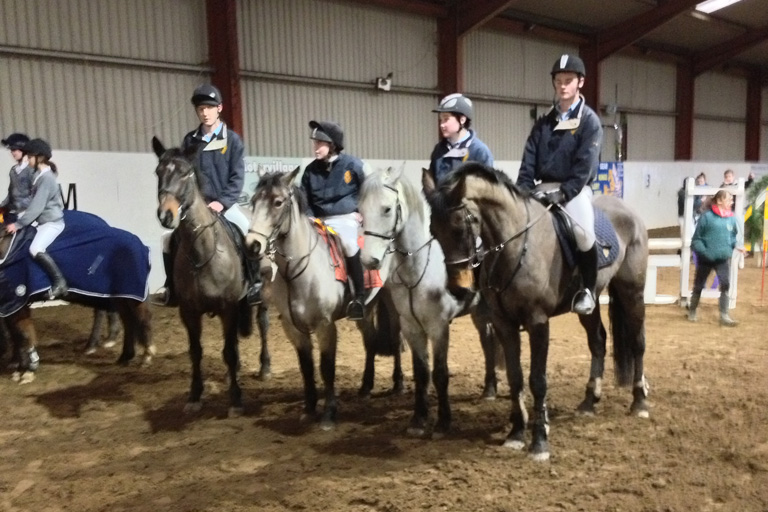