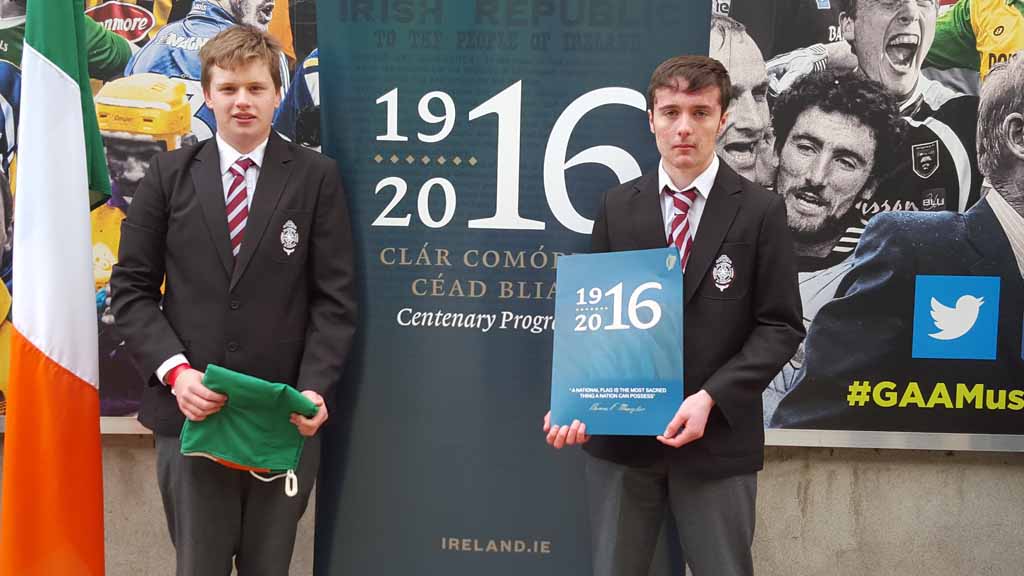 ​On Monday March 8th 2016 two students from CBS Kilkenny went to Croke Park in Dublin to accept a flag commemorating the 1916 Rising. Addressing more than 6,000 students at a National Flag presentation ceremony at Croke Park, President Michael D Higgins said young people have a great part to play in shaping Ireland's future and building a society in which all of our citizens can flourish.

This event is part of the State's 2016 centenary programme. Delivering the keynote address President Higgins said the Easter rising of 1916 can, in many ways, be described as a stunningly ambitious act of imagination. Today he said it is up to our young people to take charge of change and imagine what Ireland might yet become. He told the secondary school students gathered that have they have a great part to play in shaping the future - he said their ideas, enthusiasm and dreams are needed to continue the work of building a society in which all out citizens can flourish.
During the ceremony members of the Defence Forces presented second-level students and their teachers with the national flag and a copy of the proclamation.