Kilkenny defeat Tipp by 3 points in CBS Fundraiser in Ballyragget. 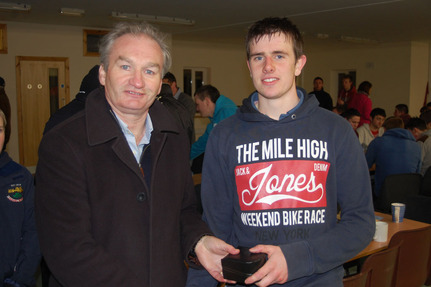 Tom Clarke making a presentation to Kilkenny Captain Shane Donnelly
Despite the bitterly cold night the Under 21 hurlers of Kilkenny and Tipperary served up some very entertaining hurling at the Kilkenny CBS Pitch Development Fundraiser in Ballyragget on Wednesday March 20th. The biggest challenge for those who turned up was keeping warm in the arctic conditions. Thankfully the night remained dry and the pitch was in excellent condition thanks to the great work by the Club Officers of St. Patrick’s Ballyragget.

It was a tribute to both teams that they amassed big scores as Kilkenny deservedly won this game 1-21 to 2-15. Local player Kevin Kelly gave an exhibition of point-taking finishing with a final tally of 11 at the end, earning him the Man of the Match award. He was ably-assisted by Richie Reid and former CBS student Ollie Walsh in attack and in defence Robert Lennon and another former CBS student Owen McGrath were impressive.

Tipperary were best served on the night by Cathal Barrett, Andrew Ryan and Seamus Kennedy in defence and further up the pitch by Aidan McCormack and Jason Forde. The CBS Pitch Development Committee would like to thank our Match Sponsors, The Gourmet Store, St.Patrick’s Ballyragget, Tipperary and Kilkenny Under 21 players and Managements, Referee Eamon Mansfield and his umpires, and The Pembroke Hotel who sponsored the main Raffle Prize. Huge appreciation also to Anna Colleton, Catriona O’Brien, Nora King and Mary O’Donoghue who made gallons of tea and tons of sandwiches which went down a treat with some very grateful (and cold!) players, stewards, match officials and supporters. 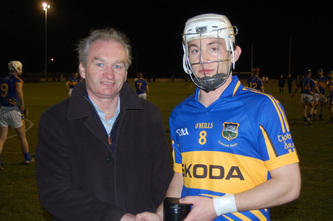 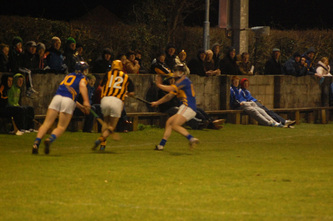 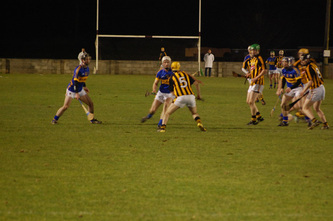 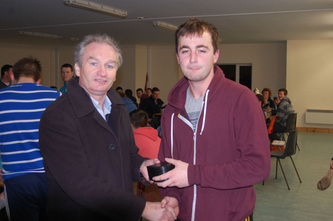 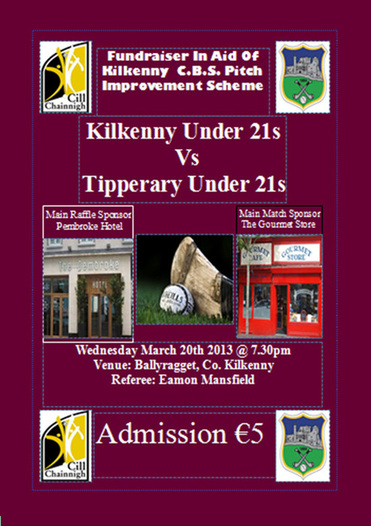 Our new pitch has been up and running since last August. It is hoped that more development will take place in the coming year to improve facilities even further. It is no coincidence that our Leinster Hurling champions practise on this very pitch!

The next upcoming event has been very generously sponsored by The Gourmet Store on High St, and the Pembroke Hotel. Everyone in the school community very much appreciates their support.

On Wed Mar 20th Kilkenny U21s will meet their old rivals Tipperary U21s in what promises to be a cracker of a match. The teams meet in Ballyraggett with throw-in at 7.30pm. Admission is €5 and all proceeds go to the pitch development fund.

Come along and support your county team!