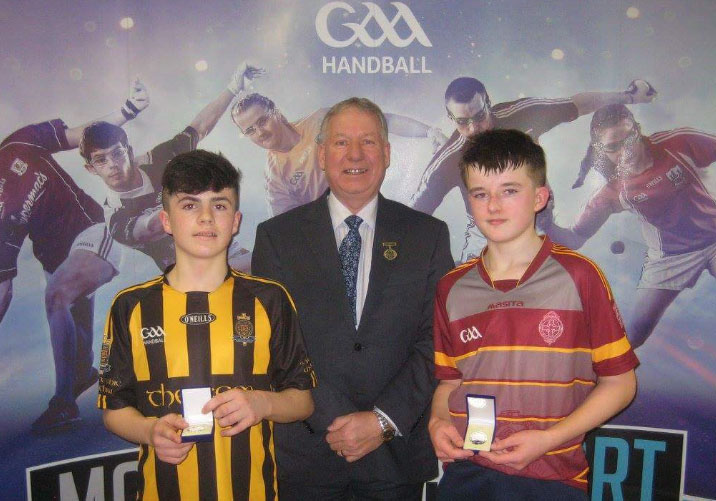 All Ireland finalist Billy Frennan
On February 11 2017, Billy Drennan  travelled to Kingscourt in Co Cavan for the U15 40x20 Colleges Handball Finals having beaten all competing schools in Kilkenny and in Leinster.
Billy beat the Connaught representative,Jason Tuathail (Colaiste N Einne, Inis Mor) 15-4, 15-12 in the semi final but unfortunately had to withdraw through injury against his Ulster opponent Eoghan McGinniy, St. Macartan’s, Monaghan in the second game of the final, hence coming away the silver medal.

Billy had beaten Eoghan in the All Ireland 60x30 U15 Colleges Final earlier in the year in Wexford.

Very well done to Billy on another terrific performance.

Very well done today (November 5 2016) to our very own Billy Drennan who was crowned All ireland U15 Colleges handball champion.

That is a terrific achievement for Billy. Well done and congratulations to you and your mentor Mr Breathnach. 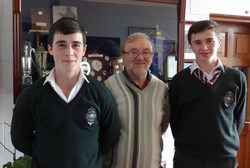 "On Saturday the 5th of October, 2014 I played in the schools handball 60x30 Leinster qualifier. I played in the Under-19 singles category. It is a tournament style event, where if you lose one match you are knocked out. My first match was against Philip Cahill from Callan CBS. I won 21-3. My next match would have been against St. Kieran's College but they could not play due to hurling commitments. I then played Dylan Caulfield from Grennan College in Thomastown. Dylan was a very strong player and I was beaten 21-7. The 40x20 competition will be played after Christmas. I hope to do better in that".

Account by Conor Drennan, 2nd year
"I played in the Leinster Schools U-15 singles handball competition on Saturday 5th Oct, 2014. This was held in the 60 x 30 court in Kilfore. I was pleased to reach the final where I was narrowly defeated by Jack Holden of Grennan College".