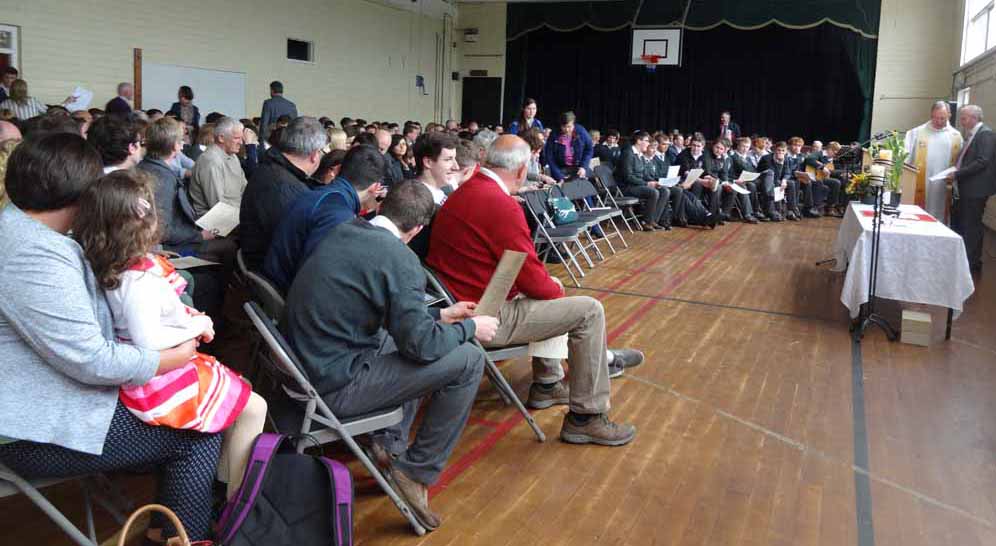 Leaving Certificate Mass 2015
On May 27th 2015, the school community of CBS Kilkenny said goodbye to the Class of 2015 and gave them our best wishes. Celebrating mass to mark this important occasion was school Chaplain Fr. Jim Murphy. After warmly welcoming everybody, Fr. Jim celebrated mass which had as its theme, "Salt of the Earth". Salt has always been a valued commodity and is essential to our lives. He told the congregation of 6th year students and their families that in the same way that salt adds flavour to food, Christianity adds flavour to life. Our Christianity should be evident in our everyday engagements with people and the way in which we value ourselves and others. When it is sincere our Christianity will shine through in everything we do.

Mr. John Kennedy read the following reflective poem from Archbishop Oscar Romero.
A Future Not Our Own

It helps now and then to step back and take a long view.
The Kingdom is not only beyond our efforts,
it is beyond our vision.

We accomplish in our lifetime only a fraction
of the magnificent enterprise that is God's work.
Nothing we do is complete, which is another way of
saying that the kingdom always lies beyond us.
No statement says all that could be said.
No prayer fully expresses our faith. No confession
brings perfection, no pastoral visit brings wholeness.
No program accomplishes the Church's mission.
No set of goals and objectives include everything.

This is what we are about. We plant the seeds that one
day will grow. We water the seeds already planted
knowing that they hold future promise.
We lay foundations that will need further development.
We provide yeast that produces effects
far beyond our capabilities.

We cannot do everything, and there is a sense of
liberation in realizing this.
This enables us to do something, and to do it very well.
It may be incomplete, but it is a beginning,
a step along the way, an opportunity for the Lord's
grace to enter and do the rest.
We may never see the end results, but that is the
difference between the master builder and the worker.

We are workers, not master builders, ministers, not
messiahs. We are prophets of a future not our own.


McFadden medal winner, Eoin Croghan addressed the assembled crowd and reminisced fondly of his time in CBS Kilkenny, saying that as a group they shared many memories of hard work and good fun. On behalf of the Class of 2015 he thanked the staff for many happy years.

Principal Tom Clarke congratulated the Class of 2015 and wished them well in their upcoming exams and in their future lives. He saluted the way in which the students have contributed richly to life in the school and have developed talents here which they then happily shared. He thanked the parents and guardians of the students - people who will always put them first- for the support they continually provide to the school and the students. Mr. Clarke thanked all staff for their unwavering generosity to the school and to the students. FInally, he wished for the Class of 2015, that in the words of author Henry Thoreau (1817-1862), they would "Go confidently in the direction of your dreams. Live the life you have imagined!" 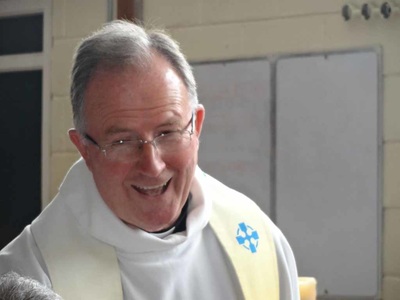 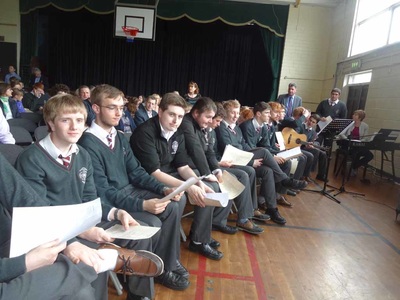 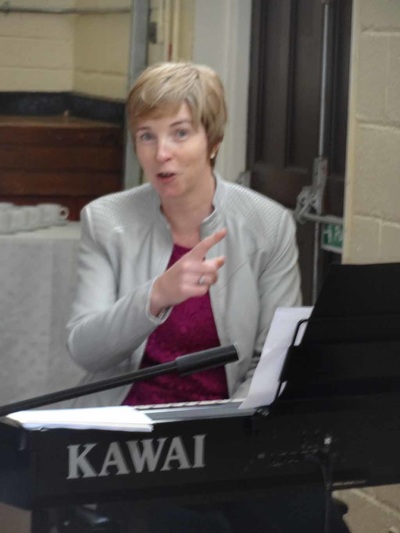 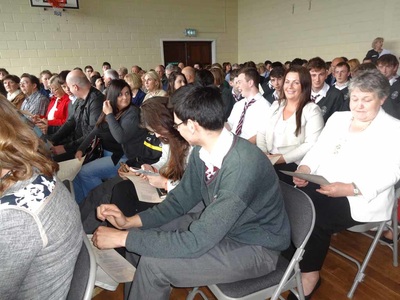 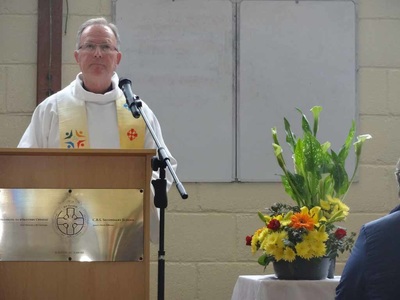 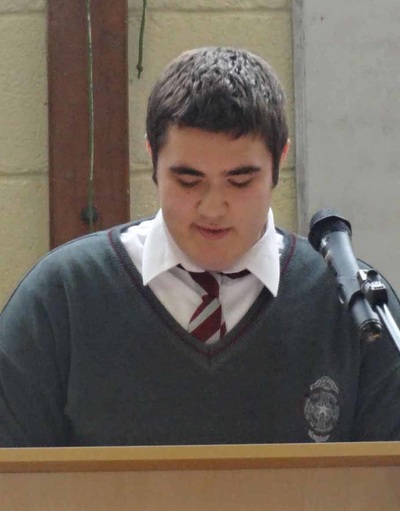 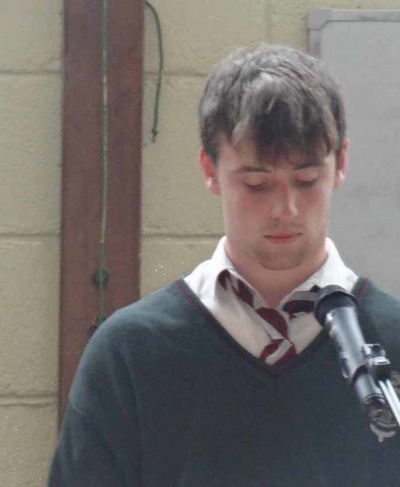 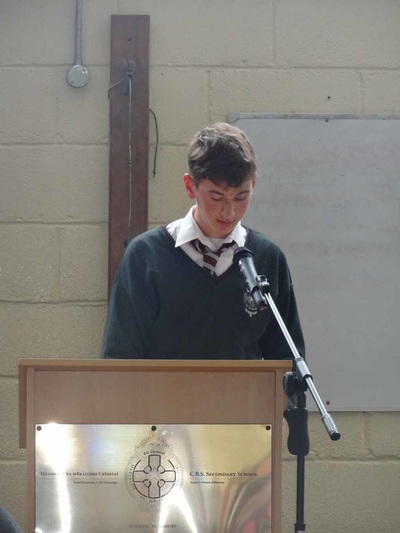 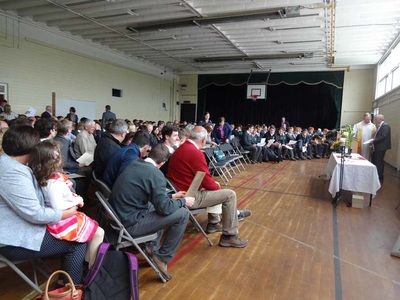 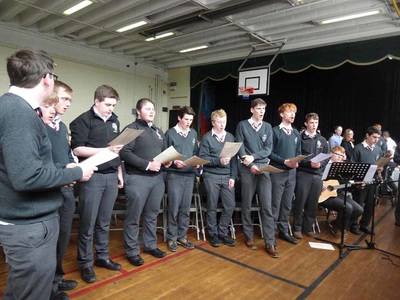 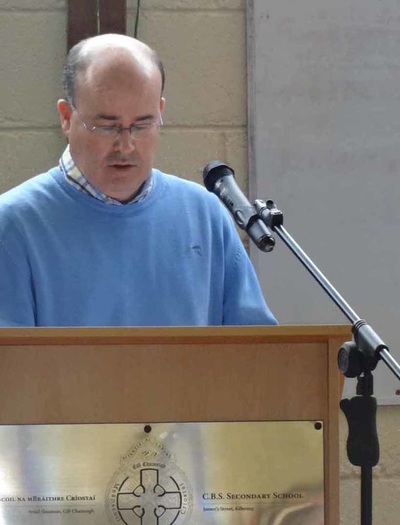 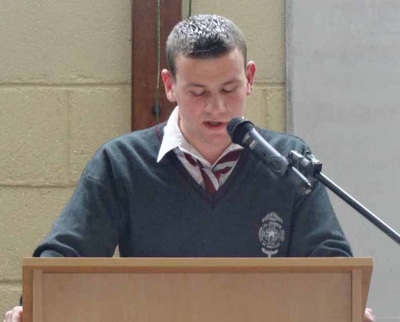 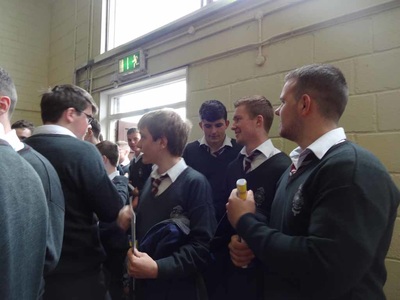 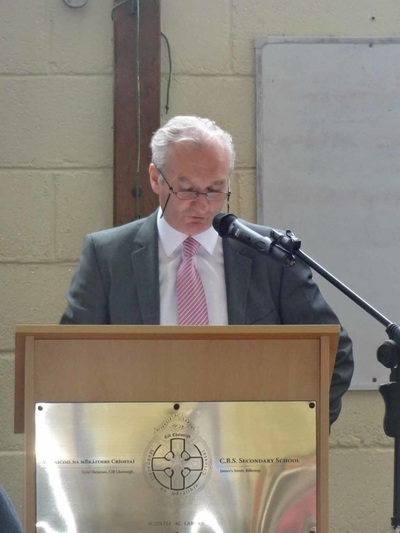 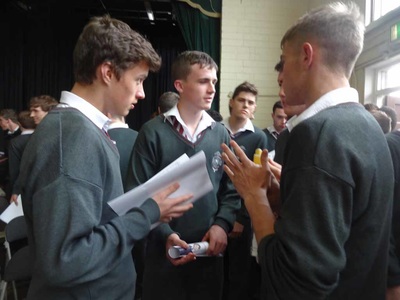 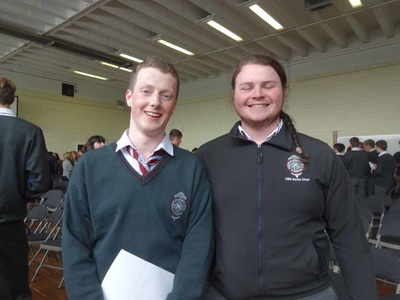 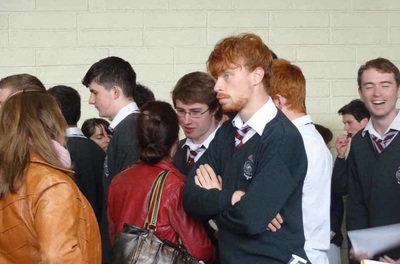