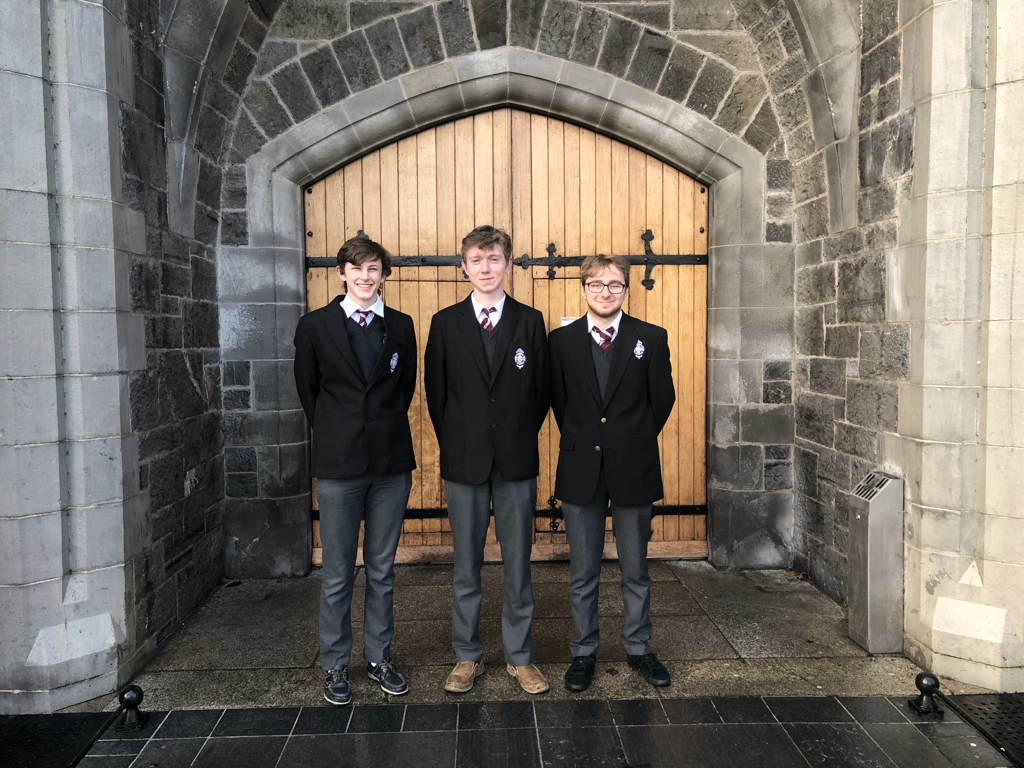 On Saturday February 10 2018, three of the Senior Maths Team travelled to NUI Maynooth to compete in the National finals of the IMTA SENIOR MATHS quiz. Sean, Mark and Szymon performed very well up against eleven other top maths schools. Unfortunately the fourth team member, Joe, was representing CBS Kilkenny in a senior hurling match and we were a man down in Maynooth. Nevertheless, the team put in a very strong performance and can be very proud to reach this level. Well done to the students and to their teachers, Mr Kennedy and Ms Maguire. 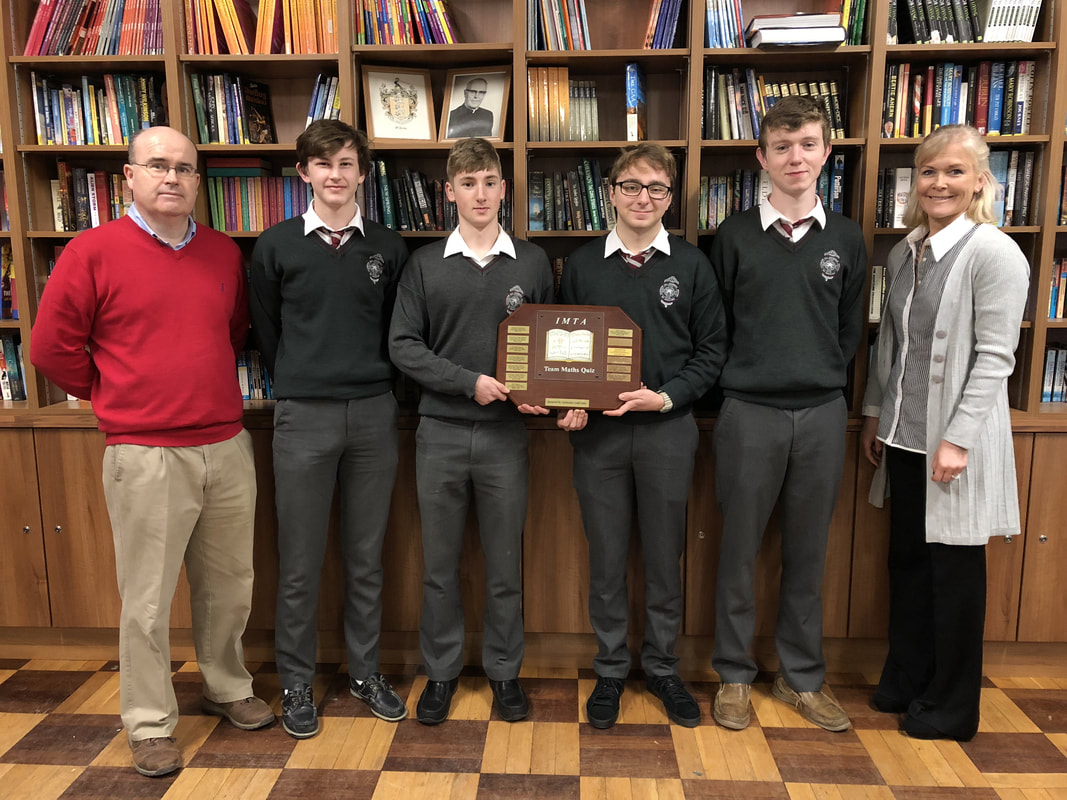 A very exciting seven way tie break was the outcome after eight rounds of the IMTA Team Maths Quiz (South-East region) held on Friday 26 January 2018 evening in St Kieran's College, Kilkenny. Team scoring had been close throughout the evening with three teams tied heading in to the last round. The quickest time would decide in the event of another tie. One of the two CBS Kilkenny teams to reach the final stages were outright winners.
On the winning team were: Joe Sheehan, Szymon Karabin, Mark Reade and Sean Murphy.
This team will now compete in the national finals in NUI Maynooth in February 2018.
The runners up CBS team consisted of: Johnny Collins, Mark Glennon, James Higgins and Stuart McDonough.

Well done to our two other teams who competed in a very challenging quiz with very high level questions.
The quiz was very well supported with 21 teams competing on the evening. CALMAST in WIT had kindly sponsored spot prizes and others prizes were provided by Waterford IMTA.
Thanks to their teachers Mr Kennedy and Ms Maguire for their support.
Next year's quiz will take place Friday 25th January at 7pm sharp in CBS Kilkenny.