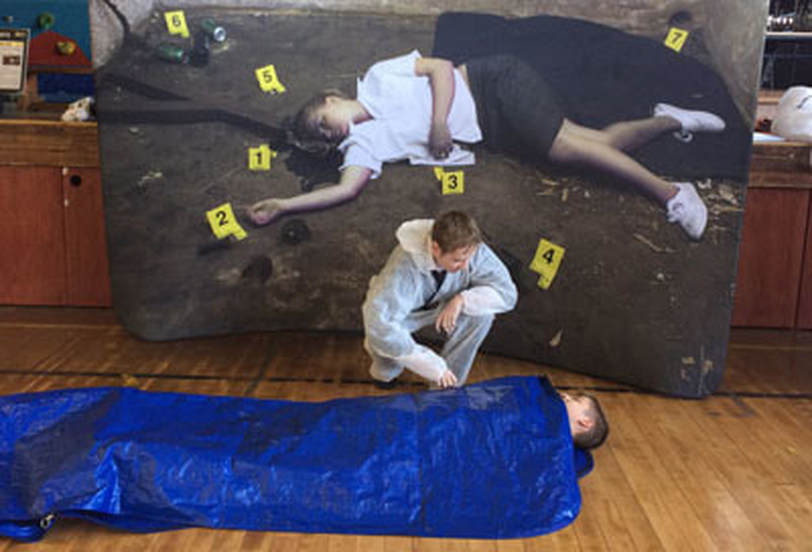 All classes
Video and Powerpoint on litter/plastics and sustainability in science.
This is linked with the Green schools initiative on Friday.

​Check out our gallery of photos below for all things science!
​Science Week Winners in CBS Kilkenny
It has been a busy week for Science in the CBS with everyone involved in promoting Science and getting involved in the competitions all week.
Here are some of the activities and winners.

1st Years.
All first years attended a workshop in the Watershed on thurs 16th Nov on “It takes Guts!”.
After a fast paced walk to the watershed the boys enjoyed a hands on vivid description of food through our digestive system. Full of Guts and Gore, the workshop was both educational and entertaining. (See Photos)
Also a competition was ran to design a model or poster of a plant or animal cell. To my own surprise the standard was excellent and the boys made a huge effort. Well done Lads!
The winners were:
Joint 1st Prize: Alex Horvath, Aaron Hosey, Mark Malovychko and Matthew Holland.
Runners Up: Ritvik Trehan, Enda Healy, Cillian Cummins, Tom O’Neill, Jack Kelly and Kasper Kantyka.

2nd Years
In Line with the Theme for Science week we ran a competition “Fact or Fiction” in relation to science. Some of the statements were bizarre and wonderful and we all learned something new.

Winners
Pablo Sanchez
The human heart generates enough pressure to make the blood reach from the ground to the top of a fourth floor building.  FACT!
The shark is the only animal that doesn’t get sick. His body is virtually immune to almost all diseases, including cancer.  FACT!

Transition Year.
Last week the transition years took part in a Forensic Science Workshop where they had to solve the murder of a young girl using various scientific methods, analysis and observations.
Some even took a liking to being in the bodybag!!
A transition year science quiz was held on tuesday and they were really put to the test on their scientific knowledge.
The winners were TEAM DaVINCI made up of Matthew Moore, Damien Dowling, Louis Radu and Hugh Murphy.
Runners Up were TEAM DARWIN made up of Jason Anca, Padraic Connery, Ben O’Shaughnessy and Kevin Connolly.
Well done lads!!