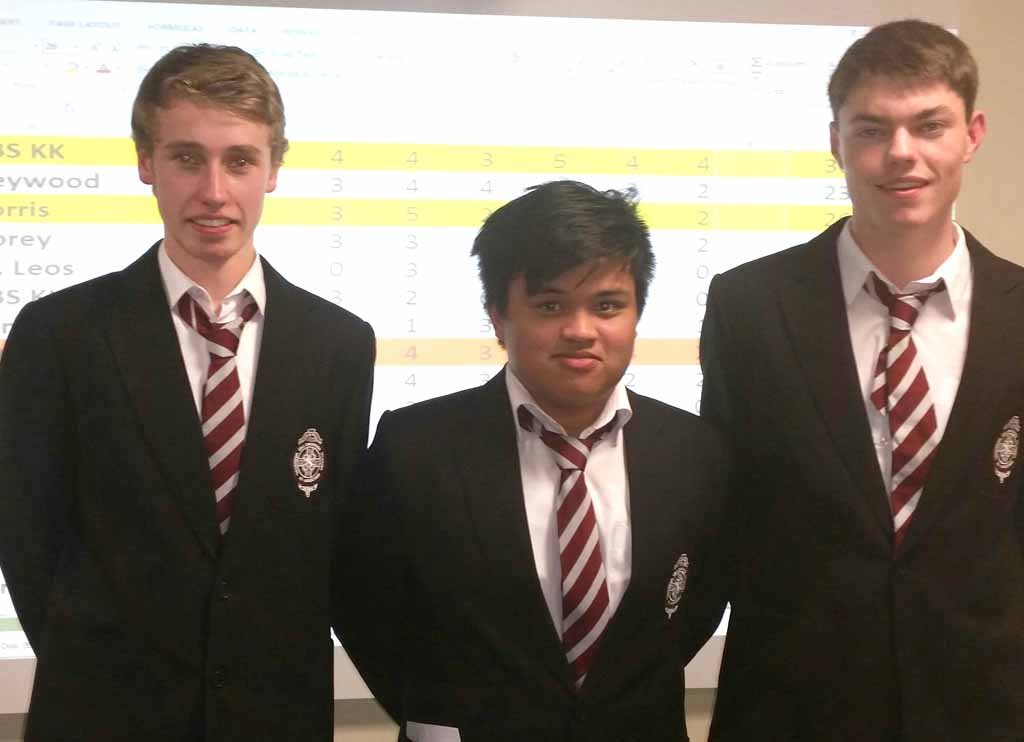 On a great night for the science department, it was Paulo Patricio and Peter Murphy along with Philip O’ Donnell who led the way for the CBS Kilkenny teams, finishing first at the recent ISTA Science Quiz held in Carlow IT.

They performed consistently throughout and ran out comfortable winners with five points to spare over second place. In the days before the quiz, the team were dealt with a massive blow when team captain, Jack Lawlor unfortunately withdrew due to his commitment to a school debate. Therefore, the task fell on Philip O’ Donnell to fill such a gaping hole but he did very well on the night.

The two other CBS teams performed brilliantly with Jack Butler, Panos Brennan and Sean Foley finishing in third place. The third team of Finn Dowling, Bill Sheehan and Rory Whyte capped off a great night with a surprise top 5 finish. They grew in confidence as the night progressed and dramatically overtook four teams in a powerful late surge.

Many thanks to Ms Dooley, Ms Cosgrove and Ms Mercer for providing lifts down and staying to support the teams.

The Regional Final of the ISTA Senior Science Quiz was held in Carlow IT on Thursday 12th Nov 2015. In all three teams entered from the school and they came 1st, 3rd and 5th among over twenty other teams on the night. Two teams now go forward to represent the school this Sat the 21st Nov in Trinity College, Dublin. This is a fantastic result and a great opportunity for all students involved. Well done lads! 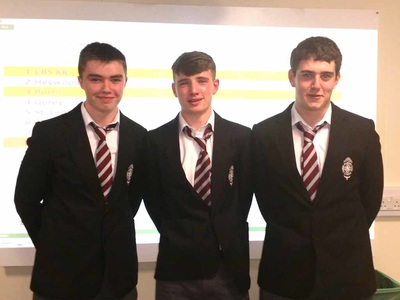 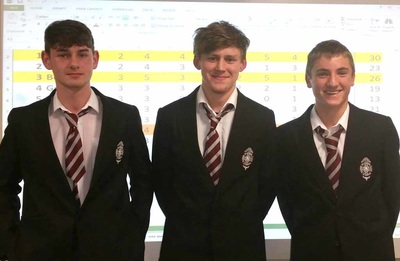