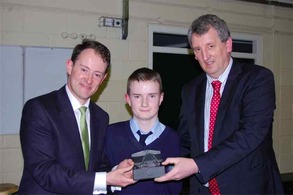 
The Kilkenny CBS Transition Year Awards Ceremony which took place on Thursday 10th May welcomed special guest for the evening Mr. Sean Sherlock TD, Minister for State at the Department of Enterprise, Jobs and Innovation and Department of Education and Skills.  Indeed the invitation to Mr. Sherlock to attend this ceremony proved most apt as the evening proceedings would subsequently reveal the depth of the students experiential learning, academic diligence and dedication to innovative design undertaken as part of the TY Programme.

Under the direction of Music teacher Ms Mandy Dowling the TY Choir opened the evening with their rendition of Coldplay’s Viva la Vida.  The TY Coordinator Mr. Gerard Morrissey then welcomed the audience of family and friends of the TY students and also other special guests, the Directors of various organizations and services who had facilitated the TY Community Care Social Studies Module throughout the year.  Mr. Morrissey opined that although the evening was dedicated in the first instance to the awarding of Certificates and trophies to worthy recipients it should also be viewed as an evening in which the TY students themselves had the opportunity to entertain and enlighten the audience on the beneficial nature of this multi-faceted TY Programme.

Subsequently the audience was led on a pictorial and musical tour reflecting the students own unique personal experiences.  The ebullient Joe Byrne TY3 stole the show when elaborating upon the skills required in becoming a confident orator he obliquely admonished Mr. Morrissey for lack of poise when leaning on the lectern.  The entire event has since been dubbed the ‘Joe Show’ with Joe himself elevated further with the title of Ceann Comhairle.

In the keynote address special guest Mr. Sean Sherlock TD was genuinely fulsome in his praise for all that had been achieved by the students and paid tribute to their determination to avail of any opportunity to develop new skills and to develop as mature and autonomous members of our society.  It was his considered belief that the development of such vocational, academic and interpersonal skills would stand them in good stead and would ultimately prove beneficial for Irish society as a whole in future years.  Not forgetting populist approval, Mr. Sherlock’s final salutation was to exclaim, ‘Joe Byre you’re a legend’, to a rapturous round of applause.

The formal awarding of certificates to all students then took place marking their successful completion of the Transition Year Programme. Special category awards were also presented to a number of individuals with Frank Nolan, Dylan Dooley, Darragh Houlihan and Adrian Kapynski receiving awards for the best E-Portfolios in each of their classes.  Special Merit Awards were presented to Cathal Boland for his efforts on the Zambian Immersion Project and Simon Bluett for his success in the Kilkenny Photography Society and Carlow Scifest Competition. Tommy Murphy was the recipient of the inaugural Community Care Social Studies Award which was presented to him by Mr. John Murphy, General Manager St. Patrick’s Residential Centre. Sean Grace received the Music Award for his contribution to the school choir and for his virtuosity as a pianist.  The Enterprise Award was presented to Alex Broderick, Dylan Dooley, Richard Kelly and Shaun Meighan for their magnificent creation of the Quickrevise.com website which earlier in the year gained high profile success at the national Eircom Junior Spider Awards competition.  The final prize of the evening was the highly coveted, ‘Spirit of Transition Award’, bestowed on that individual student who in the considered opinion of both the teaching staff and the TY students themselves had made the most dynamic contribution to the success of the TY Programme.  The worthy recipient was the modest yet popular Richard Kelly who had exhibited the necessary leadership qualities, dedication and commitment to each and every endeavor undertaken throughout the past year.

The final words were then reserved for the collective voice of the TY Choir which brought a close to the formal proceedings when they, ‘took the midnight train goin’ anywhere’ and concluded the ceremony with the anthem, ‘Don’t Stop Believin’. 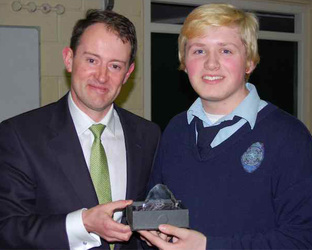 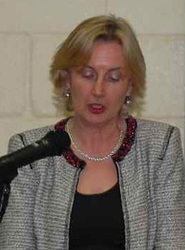 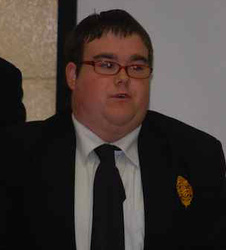 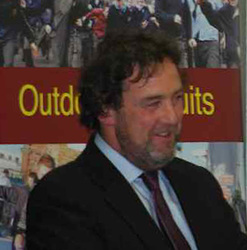 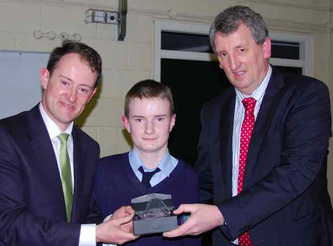 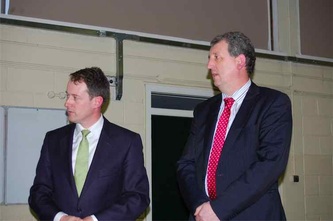 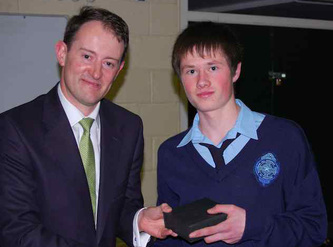 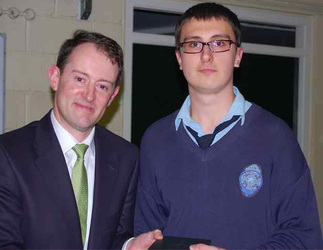 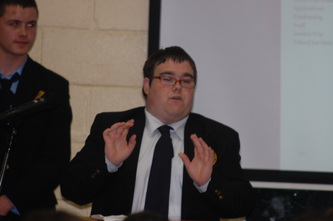 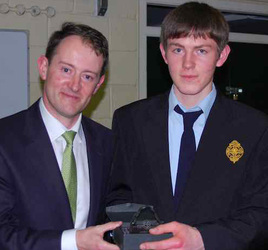 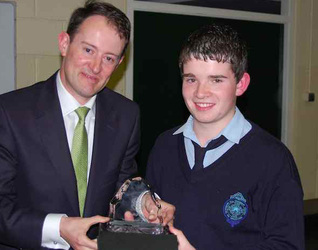 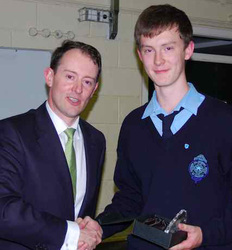