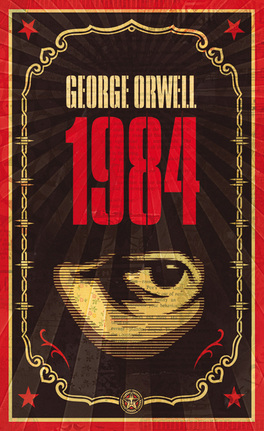 George Orwell’s main goals in 1984 are to depict the frightening techniques a totalitarian government (in which a single ruling class possesses absolute power) might use to control its subjects, and to illustrate the extent of the control that government is able to exert.

To this end, Orwell offers a protagonist who has been subject to Party control all of his life, but who has arrived at a dim idea of rebellion and freedom. Unlike virtually anyone else in Airstrip One, Winston seems to understand that he might be happier if he were free.

Orwell emphasizes the fact that, in the world of Airstrip One, freedom is a shocking and alien notion: simply writing in a diary—an act of self-expression—is an unpardonable crime. He also highlights the extent of government control by describing how the Party watches its members through the giant tele-screens in their homes.

The panic that grabs hold of Winston when he realizes that he has written “DOWN WITH BIG BROTHER” evidences his certainty in the pervasive omniscience of the Party and in the efficiency of its monitoring techniques.Winston’s diary entry, his first overt act of rebellion, is the primary plot development in this chapter. It illustrates Winston’s desire, however slight, to break free of the Party’s total control. Winston’s hatred of Party oppression has been festering for some time, possibly even for most of his life. It is important to note that the novel, however, opens on the day that this hatred finds an active expression—Winston’s instinct to rebel singles him out of the sheep-like masses. Unlike the rest of the general public who do not find the Party’s contradictions problematic, Winston is aware of himself as an entity separate from the totalitarian state. He realizes that writing in the diary has altered his life irrevocably and that he is no longer simply another citizen of Oceania. In writing in the diary he becomes a thought-criminal, and he considers himself doomed from the very start:

“Thought crime was not a thing that could be concealed forever . . .
Sooner or later they were bound to get you.” 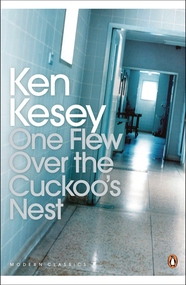 In this classic of the 1960s, Ken Kesey's hero is Randle Patrick McMurphy, a boisterous, brawling, fun-loving rebel who swaggers into the world of a mental hospital and takes over.

A lusty, life-affirming fighter, McMurphy rallies the other patients around him by challenging the dictatorship of Nurse Ratched. He promotes gambling in the ward, smuggles in wine and women, and openly defies the rules at every turn. But this defiance, which starts as a sport, soon develops into a grim struggle, an all-out war between two relentless opponents: Nurse Ratched, back by the full power of authority, and McMurphy, who has only his own indomitable will.

What happens when Nurse Ratched uses her ultimate weapon against McMurphy provides the story's shocking climax! 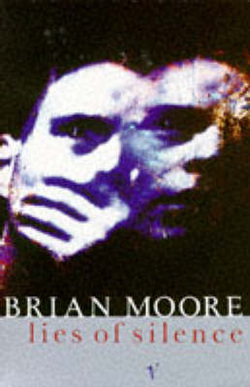 Lies of Silence is an exciting read and is full of suspense. This suspense derives from the fact that the dilemma faced by Dillon has both personal and political implications. He puts Moira's life at risk if he informs on the IRA. However, he places dozens of other lives in danger if he does not. The psychological wrangling that results for him is made more complex by his intention to leave Moira and by the question of whether or not the IRA themselves have issued a warning about the bomb.

The novel is a scathing attack on the "wink and nod" and "turn a blind eye" mentality that has allowed the conflict in Northern Ireland to continue over the decades, as well as being a thriller. Dillon is apolitical. He is a successful manager of a Belfast hotel hoping to escape his unsatisfactory life by moving to London. He is perhaps an ideal character through whom to explore the many Lies of Silence synonymous with Northern Ireland because he has no interest in becoming entangled in the conflict surrounding him.

He is forced to confront these silences, both in himself and in the wider community over the course of the novel. "It's better you say nothing", advises Detective Randall after the bombing incident. The priest's counsel carries the same sentiment and, although Dillon initially breaks the silence by telling the police about the bomb, he subsequently oscillates between silence and speaking. Meanwhile, Moira embarks on a campaign to shatter the silence by going on TV to tell about being held hostage. She seems to be the only solution Moore offers in relation to the acquiescent silence. "It's people like us who're the only ones who can stop them", she asserts to Dillon and her family.

The Performing Arts coming to the Watergate soon