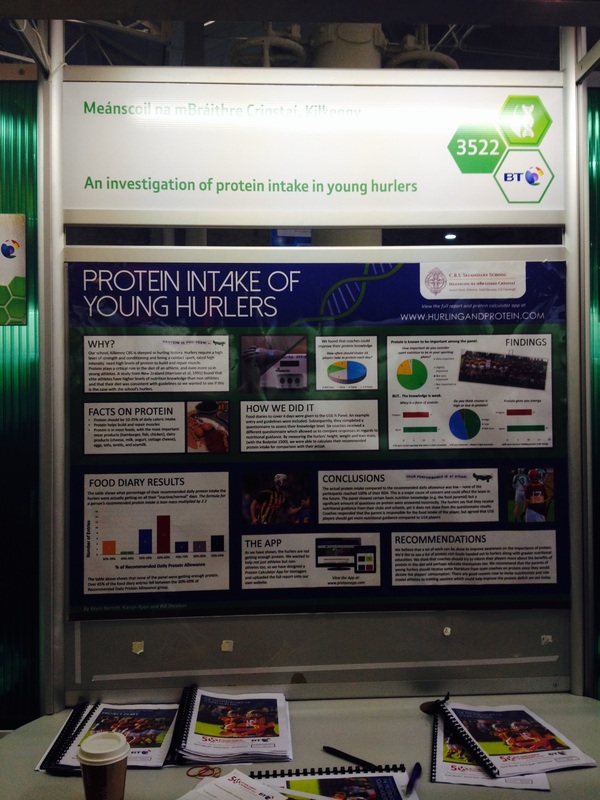 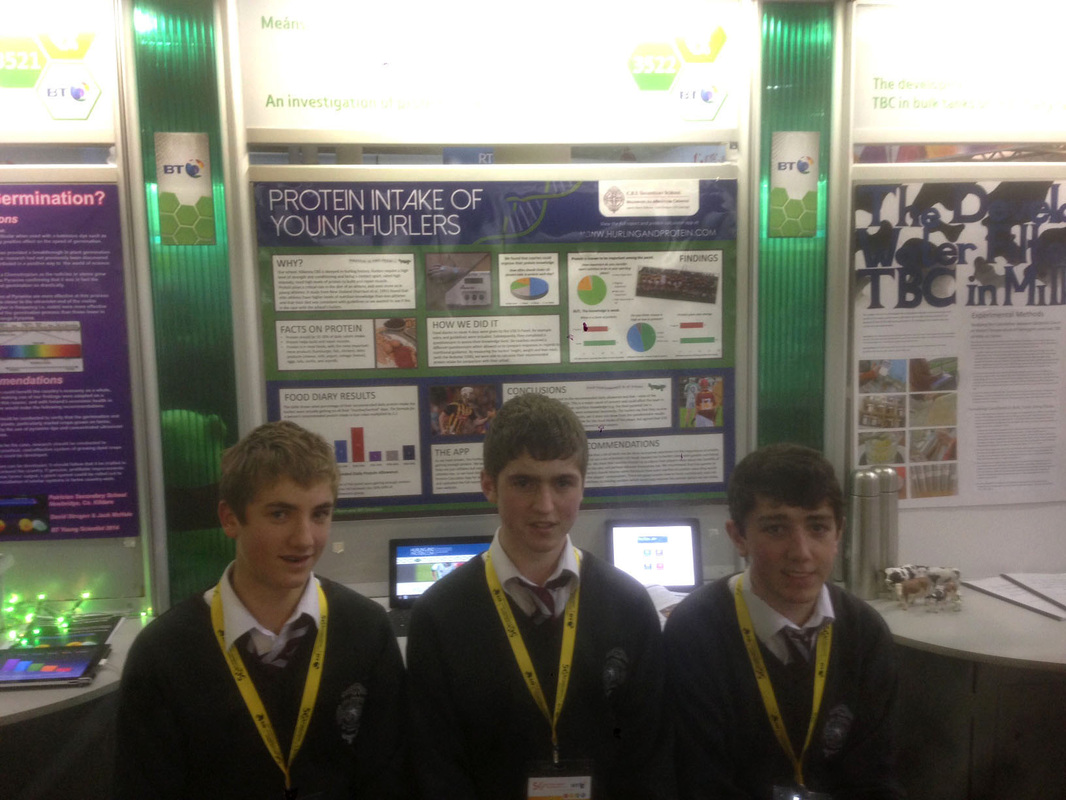 An Investigation of Protein Intake in Young Hurlers

Their project assessed the diets and protein intake of young hurlers and also examined the knowledge which coaches and hurlers have regarding protein intake.

The project was hugely popular at the exhibition and garnered alot of attention from press, sports fans, students and scientists alike. Being from Kilkenny added an extra layer of credibility and depth to the project, no doubt! 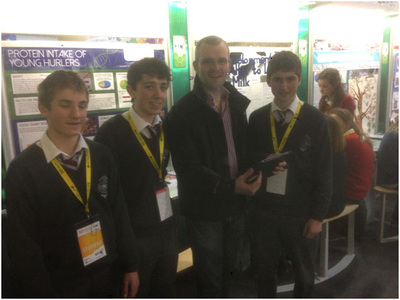 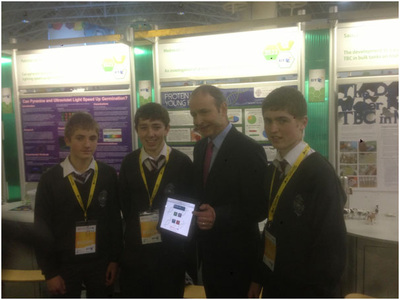 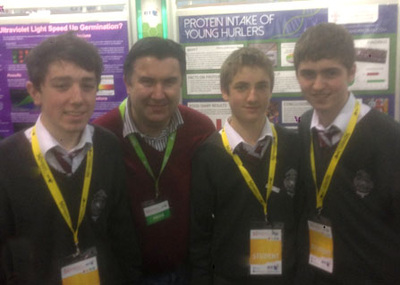 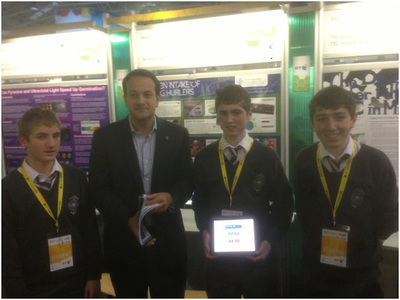 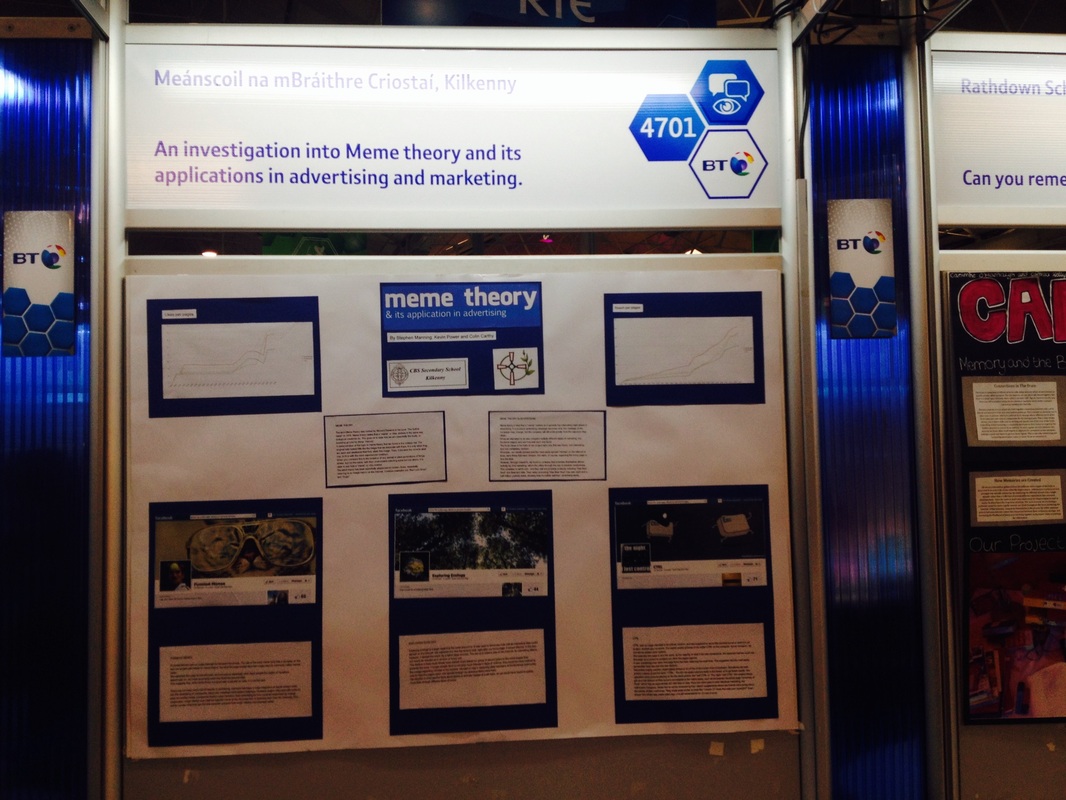 The second project which qualified from CBS Kilkenny investigated:

Meme Theory and its applications in advertising and marketing

Fifth year students, Colin Carthy, Stephen Manning and Kevin Power also captured the public's imagination with their subject matter which is very current and topical and has enormous implications for businesses. They got heartfelt praise from the judges for their insights, efforts and expertise.

Both teams represented the school with distinction and we congratulate them warmly.
Well done and congratulations to the students and their teacher Ms. Cosgrove. 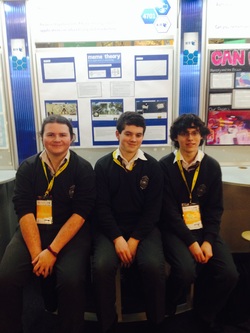 Two teams from CBS Kilkenny have qualified to represent the school at the 2014 BT Young Scientist competition in January.

TY students Bill Sheehan, Kevin Barrett and Ciaran Ryan are carrying out a project which involves assessing the diets and protein intake of young hurlers. They will also examine the knowledge both the coaches and hurlers have regarding protein intake. They then hope to create an "App" which can be used for people to calculate their daily protein intake.

The second project investigates meme theory through the medium of Facebook. Entitled "Meme Theory - and its application as a marketing tool", this project is in the Social and Behavioural Sciences Category. The students will use Facebook pages to see how we can apply meme theory to advertising. The students involved are Colin Carthy, Stephen Manning and Kevin Power.

Many thanks for the expert guidance provided by their teacher, Ms Cosgrove.